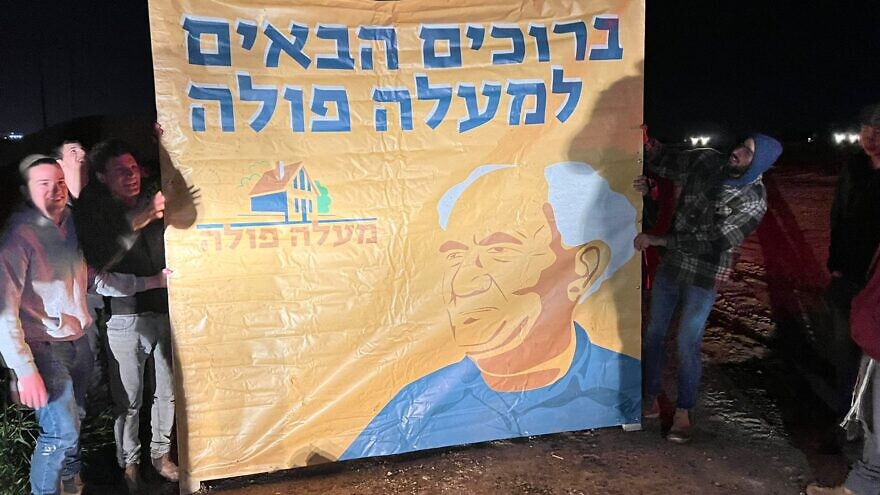 (February 9, 2022 / JNS) Hundreds of Israeli security forces raided the Homesh hilltop in northern Samaria overnight on Tuesday to demolish three illegally built dormitories for students of the yeshivah there. The yeshivah was left intact.

Students living in the dormitories were forced to evacuate their beds, but remained on the hilltop and will continue to study in the yeshivah as usual, a spokesperson for the communities in Judea and Samaria reported.

The Homesh dorms were built in the aftermath of the murder of 25-year-old Yehuda Dimentman, who was killed late last year by a Palestinian terrorist.

In another incident overnight, Israel Police officers forced Israelis who had taken up residence in an illegal encampment in the Negev Desert, named after Paula Ben-Gurion, wife of Israel’s first prime minister, David Ben-Gurion, to evacuate. Residents said that they had built “Ma’ale Paula” in response to the state’s refusal to deal with illegal Bedouin construction in the area.

The residents were evacuated, and police said that two people were arrested and taken in for questioning on suspicion of violating public order and not obeying the police. MKs Itamar Ben Gvir and Shlomo Karhi went to Ma’ale Paula early in the morning to confront the police and support the residents.

“We are in a struggle for the continuation of the Zionist enterprise,” said a spokesperson for Ma’ale Paula.