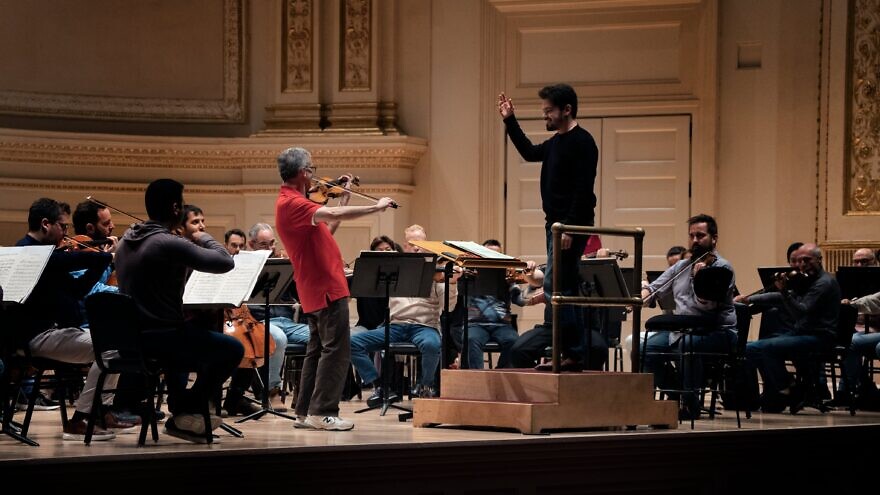 (November 16, 2022 / JNS) In a grand send-off, the Israel Philharmonic Orchestra (IPO) completed its first tour in three years with a performance at New York’s legendary Carnegie Hall on Monday.

The tour marked the first under its newest maestro, Lahav Shani, who is the first native Israeli to lead the so-called “orchestra of exiles,” whose founding members were saved from the Holocaust.

“The Israel Philharmonic hasn’t been on tour for a long time, since before the pandemic, but for me, this is very special, because it’s my very first tour with them as a music director,” Shani told JNS in the days before the Carnegie Hall performance. “I’ve been with them before on the road, but as a double bass player, as a pianist. This is the first time I’m conducting them on tour. So, it’s a really special moment.”

The IPO performed in California cities including Costa Mesa, Los Angeles, San Francisco and Palo Alto, with a scheduled event in Miami canceled due to Hurricane Nicole. But, the opportunity to perform at Carnegie Hall provided the tour with an extra sense of prestige. 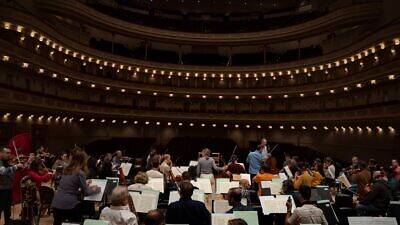 The Israel Philharmonic Orchestra rehearses before its Nov. 14 performance at Carnegie Hall. Credit: AFIPO via Twitter.

“I haven’t conducted that much in America. But still, whenever I come on the stage now with this philharmonic, there’s a lot of expectation,” said Shani. “But, it feels like the audience really knows and is waiting to hear the orchestra. And I find such a symbiotic relationship with them. We’ve been working now for the last couple of years, very intensively. So it’s a very natural thing for us.”

Monday’s concert drew a mix of the secular and kippah-clad, native New Yorkers, Hebrew speakers, classical music lovers and fine arts novices. The evening kicked off with the American and Israeli national anthems, followed by Tchaikovsky’s Concerto in D major for violin and orchestra, and Prokofiev’s Symphony No. 5 in B-flat major, Op. 100. The concerto featured American-born Israeli Gil Shaham on violin. The Grammy winner debuted with the IPO in 1981 and is considered one of the foremost violinists of his generation.

“The love between Israel and New York was felt strongly at Carnegie Hall and there is nothing like the feeling of pride and hope that is created when thousands in the audience stand for ‘Hatikvah’ together,” Danielle Ames Spivak, executive vice president and CEO of the American Friends of the Israel Philharmonic Orchestra, told JNS. “In an era of too much division, music is a welcome respite. Lahav’s debut at Carnegie was magical and momentous.”