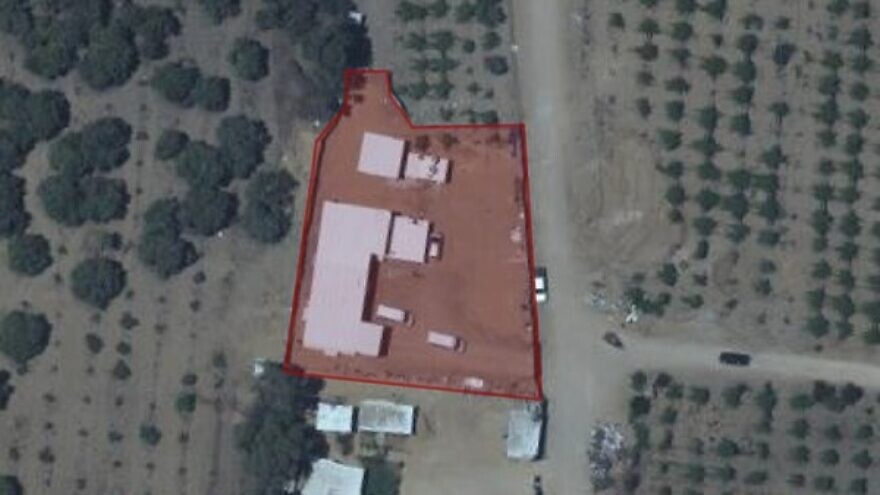 The buildings highlighted in red are part of what the Israeli military says was a Hamas weapons-manufacturing facility in the Gaza Strip targeted by an Israeli airstrike on July 3, 2021. Source: IDF.
Spread the word.
Help JNS grow!
Share now:

The strikes targeted a weapons-manufacturing facility and a rocket-launching site, according to the Israel Defense Forces.

During the Israeli attack, small-arms fire was directed from Gaza at nearby Israeli towns and settlements, according to Kan News.

The Israeli strikes came after the third consecutive day of fires in the western Negev sparked by arson attacks from Gaza, according to Hebrew media. The fires were quickly extinguished by firefighters, aided by Jewish National Fund-Keren Kayemeth LeYisrael, which maintains its own firefighting services. 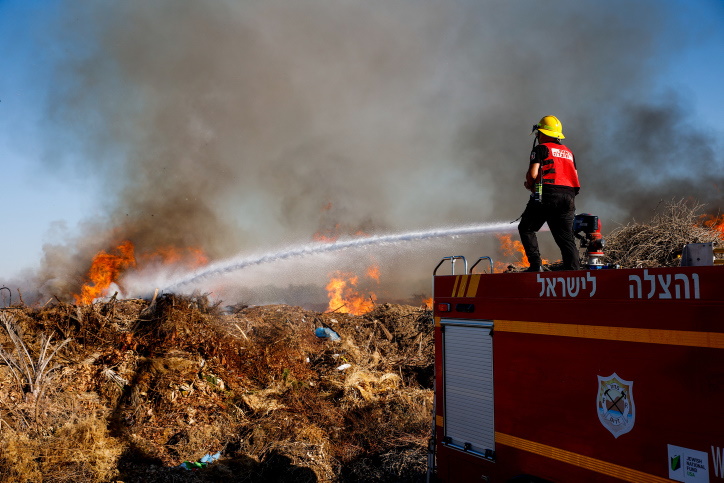 The fires were the first since mid-June, when incendiary devices launched from Gaza ignited a total of 26 conflagrations in southern Israel. Hamas claimed it had launched the June attack in response to the Jerusalem Day flag march in Jerusalem on June 15. In response, the Israeli Air Force attacked Hamas targets in Gaza.

On Sunday, Israeli Prime Minister Naftali Bennett addressed the ongoing arson attacks at the start of the weekly cabinet meeting.

“I reiterate: Things have changed. Israel is interested in quiet and we have no interest in harming the residents of Gaza; however, violence, balloons, marches and harassment will be met with a sharp response,” he said.

Bennett’s remarks echoed those he made on June 20, during a memorial service for soldiers who fell during 2014’s “Operation Protective Edge.” Israel’s “patience has run out,” he said, adding, “Our enemies will have to learn the rules: We will not suffer violence, will not tolerate ‘trickles’ [of attacks], will not countenance or be understanding of incitement.”