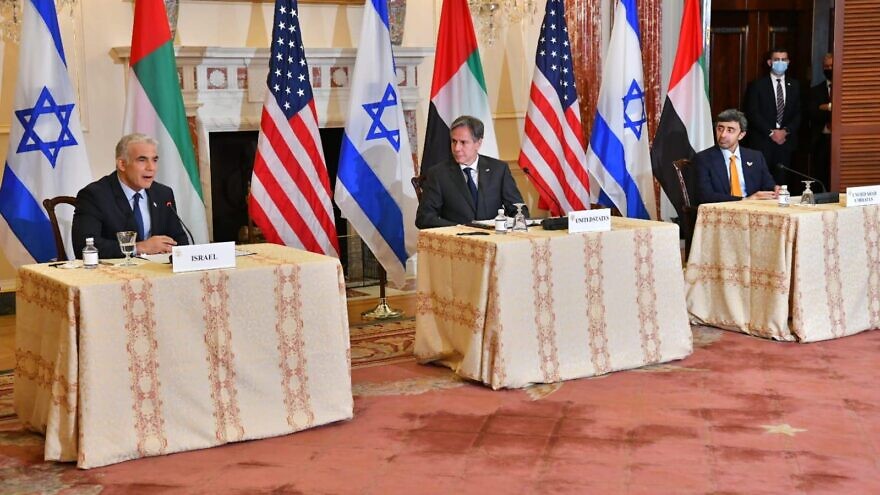 (March 25, 2022 / JNS) Israel will host a landmark summit on Sunday night and Monday that will include the top diplomats from the United States, United Arab Emirates, Bahrain and Morocco.

The three Arab countries scheduled to attend were all part of the Abraham Accords signed in the fall of 2020.

The announcement follows a U.S. State Department notification on Thursday that said Blinken would be traveling to the Middle East and North Africa, including stops in Israel, the West Bank, Morocco and Algeria.

The summit comes amid the backdrop of the ongoing Russian war against Ukraine and negotiations for a new Iran deal.