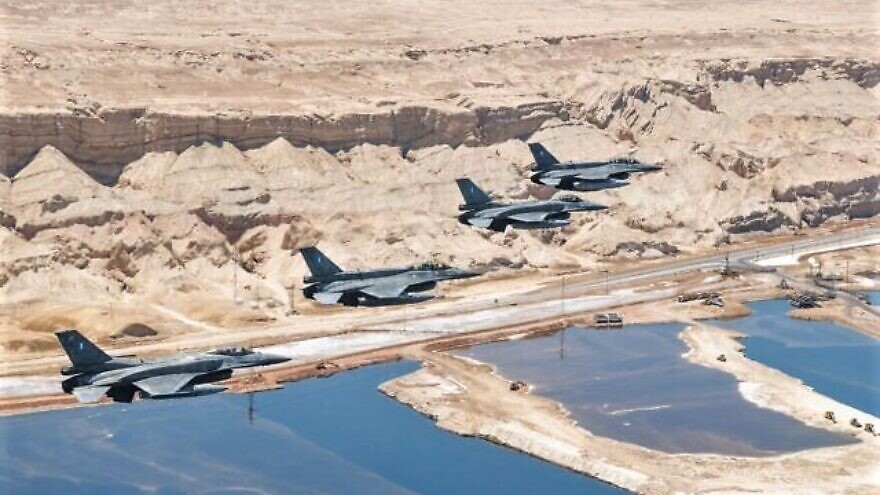 The drill, which took place on Tuesday, saw the two air forces simulate a wide range of aerial scenarios, including advanced air-to-air combat and airborne refueling.

“The exercise constitutes a platform for shared learning and enhancing the relationship between the two air forces, and symbolizes an important milestone in reinforcing strategic and international cooperation between the State of Israel and Greece,” stated the IDF.

It also helped advance the militaries’ different combat capabilities and boosted their operational standard in combat, “which in turn improves the abilities of the aircrews and technical teams,” it added.

The exercise was part of the IDF’s 2022 planned joint-training program.

In February, a senior IDF commander met with counterparts from Greece and Cyprus for a key trilateral meeting in Athens, Greece.

Maj. Gen. Tal Kelman, head of the Strategic Planning and Cooperation Directorate, participated in the “strategic and operational briefings, as well as a professional panel to discuss opportunities for expanding military cooperation to other sectors,” said the IDF at the time.