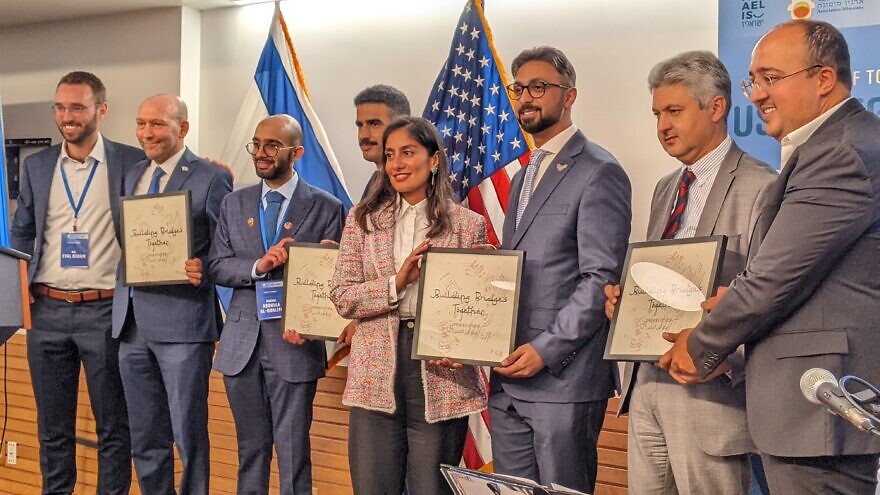 (September 19, 2022 / JNS) The Israeli embassy in Washington celebrated the second anniversary of the signing of the Abraham Accords last week, playing host to diplomats from the United Arab Emirates, Bahrain and Morocco. Representatives of Egypt and Jordan, which have separate peace treaties with Israel, were also present. The sense in the room was that normalization was beginning to feel normal, but the momentum behind the accords should not be permitted to dissipate.

Eliav Benjamin, now deputy chief of mission at the embassy, played an integral role in forging accords during his tenure as the Israeli Ministry of Foreign Affairs’ head of the Middle East Bureau. On Thursday, he pointed out the developments that have taken place during this month alone.

“We have the foreign minister of the United Arab Emirates in Israel as we speak. The [military] chief of staff of Morocco is in Israel this week. We have had our own consul-general in Dubai presenting her credentials. We’ve seen the visit of AJC [American Jewish Committee] in UAE and Bahrain this week. And just yesterday, our ambassador in Bahrain, together with the American ambassador and the foreign minister of Bahrain, planted olive trees in the backyard of the American ambassador,” said Benjamin, who added that the rapid change is all the more notable given the limitations imposed by the COVID-19 pandemic.

While Benjamin marveled at the pace of the diplomatic breakthroughs resulting from the accords, he emphasized the importance of exploiting the resulting momentum.

“It’s on all of us to enjoy what we’ve achieved so far, but also to do so much more to see delegations of each of these countries being able to converse together and to show everybody else around the region and around the world how it really works. Today, we look at the region in a completely different way,” he said.

Talal Alabsi, the first secretary at the Bahraini embassy in Washington, noted that Bahrain hosted an Israeli naval officer who works closely with the U.S. Fifth Fleet, which is based in Bahrain.

“Who would have thought that today we would be talking about shared air defense,” he marveled. Alabsi also pointed out the impact normalization has had on Bahrain’s small but resilient Jewish population.

“Because of the accords, our Bahraini Jewish community was able to find a mashgiach (kosher status supervisor) from Israel for its first Jewish wedding in 52 years,” said Alabsi, before pausing to ask attendees if he pronounced mashgiach correctly. After receiving affirmation, he quipped, “It helps to have Jewish friends.”

The diplomats in attendance took particular interest in a delegation of young standouts representing the Abraham Accords countries, who traveled to the U.S. as part of the Leaders of Tomorrow program. The program is a joint effort of the NGO Israel-Is and Morocco’s Mimouna Association. 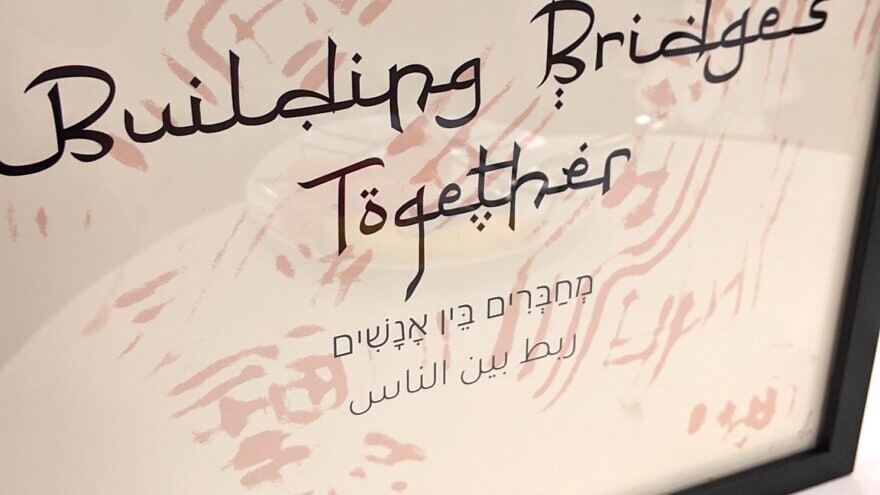 “The young people who are here tonight are not just the leaders of the future. They are the leaders of today,” said Linda Rosenzweig, president of the Washington Regional Board of the AJC. “It is now their moment to step forward and pursue what we are all looking for—common peace and stability in the region with the support of advocacy organizations, the diplomatic community and civil society.”

Benjamin said that the relations built by the accords stand on four “legs.” The political-diplomatic leg has led to the opening of embassies and diplomatic offices in each country, along with the establishment of over 60 government-to-government agreements.

The economic leg has resulted in $2 trillion in investments and trade, according to Benjamin, along with increases in tourism and aviation.

While he was unwilling to comment in detail on the defense-security leg, he did point out the numerous high-level military visits among the accords’ signatories.

“And we have the people-to-people and the civilian relations leg,” he concluded. “And it’s important and this is something which we emphasize from the beginning. At the end of the day, [the Abraham Accords] is all about the people-to-people relationship. And this is what this evening is also about—the interaction between Israelis and Moroccans, and Israelis and Jordanians, and Israelis and Bahrainis, and so on, through the entire region.”