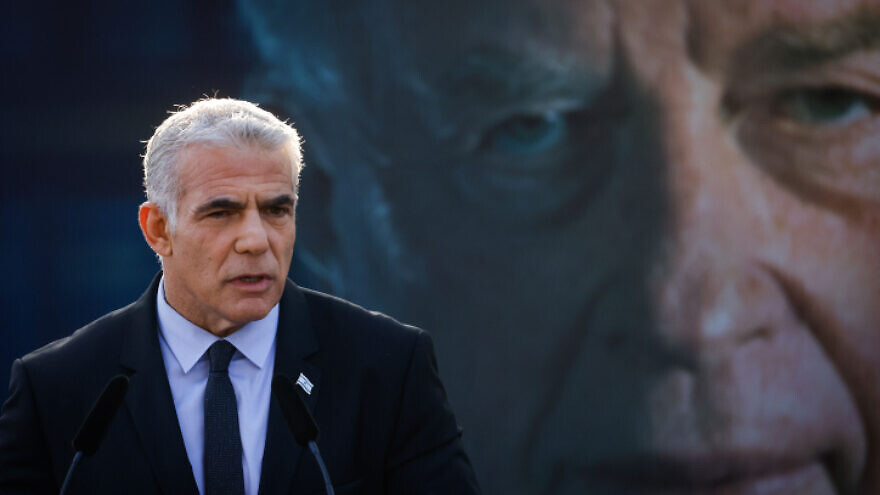 (November 6, 2022 / JNS) A dark cloud hovered over Israel’s state ceremony at Mount Herzl in Jerusalem on Sunday marking the anniversary of Prime Minister Yitzhak Rabin’s death as both President Isaac Herzog and Prime Minister Yair Lapid suggested that Israel’s democracy is under threat.

Twenty-seven years ago, Yitzhak Rabin (1922-1995), an Israeli politician and general, was assassinated by Yigal Amir, a right-wing activist who opposed the Oslo Accords, an agreement struck in 1993 between Israel and the Palestine Liberation Organization.

“Even after 27 years have passed since the murder, it seems that not much has changed, not enough has changed; when again and again alarming signs of incitement and escalation, of violence gnawing at the foundations of democracy, are revealed in Israeli society,” said Herzog, who gave the opening speech.

Lapid painted a picture of a nation divided, saying, “As fate would have it, this commemoration for Yitzhak Rabin takes place only a few days after the State of Israel went to elections and returned from them again divided, again angry, again threatening to split into ‘us and them.’

“We are close to the point of no return, but it is still in our hands. We can still change direction. Reality is not an inevitable result of demographics or geography; it is a result of the choices we will make and the decisions we will make,” he said.

Also attending the annual ceremony were Speaker of the Knesset Mickey Levy, Supreme Court President Esther Hayut and Jerusalem Mayor Moshe Lion, along with other public figures and members of Rabin’s family.

The prime minister and others laid wreaths at Rabin’s grave. The ceremony concluded with the singing of “Hatikvah,” Israel’s national anthem.