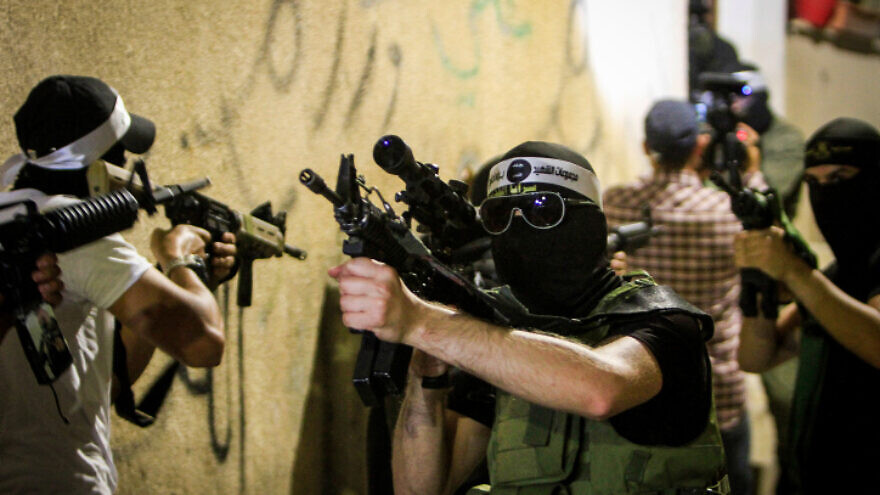 (August 14, 2022 / JNS) An Israeli military court on Thursday acquitted a Palestinian resident of Judea and Samaria charged with terror-related offenses because he didn’t follow through with his plan to commit an attack.

In 2020, Moataz Beri, armed with a pistol, wandered the central Israeli city of Rosh Ha’ayin looking for a suitable victim until he caught the attention of two local policemen, who arrested him, Ynet reported.

He was charged with intent to commit murder, illegally purchasing a firearm, stone-throwing and entering Israel illegally.

However, the judge decided to acquit Beri based on his testimony to the Israel Security Agency (Shin Bet). Beri described to investigators his emotional state after the death of his girlfriend in a car accident and his decision to take his own life while targeting Jews.

According to Beri’s statement, he first encountered a woman with her young daughter but decided not to harm them. Then he saw a man sitting in a car and went up to him, but saw a baby in the back seat and again decided not to attack.

Beri’s interrogation lasted seven hours, and the judge applauded the Shin Bet agent involved for giving the defendant the chance to change the course of his life, according to Ynet.

“I believe the message to all other Palestinian residents in the area who for some reason chose to hurt innocent people, that there is a way to turn back and avoid being convicted of the most serious crimes,” the judge said in his ruling.

“This is not only the right thing to do under the law but also according to the Muslim faith,” he added.