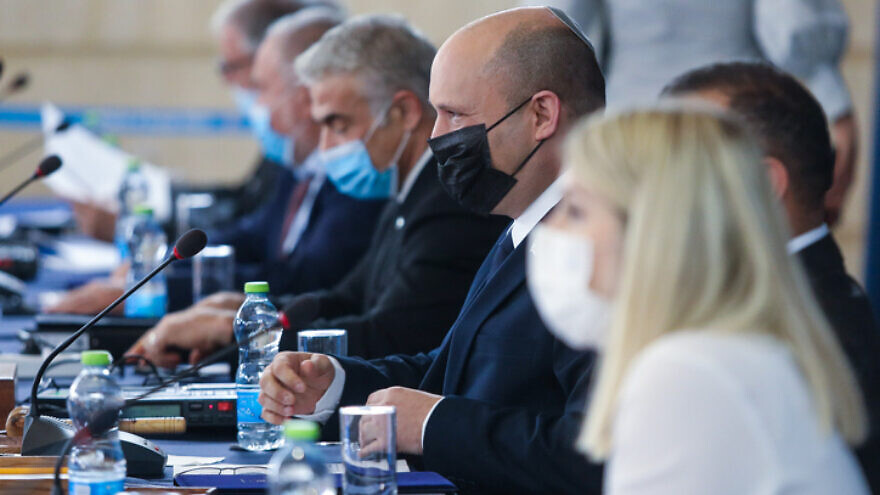 (August 1, 2021 / JNS) Israeli Prime Minister Naftali Bennett blamed Iran on Sunday for the attack that left two dead on the Israeli-managed oil tanker in the Arabian Sea on Thursday night.

Speaking during the weekly Security Cabinet meeting, Bennett was quoted by Maariv as saying that while Iran is denying responsibility for the incident, “I state here absolutely: Iran is the one that carried out the attack on the ship.”

“The intelligence evidence for this is there and we expect the international system to make it clear to the Iranian regime that they have made a serious mistake,” said Bennett, who called the attack “cowardly” and “piratical.”

Regardless, he added, Israel knows how to “convey the message to Iran in our own ways.”

The Japanese-owned vessel Mercer Street is managed by Zodiac Maritime Ltd., a London-based company owned by Israeli tycoon Eyal Ofer. It sails under a Liberian flag.

According to Zodiac Maritime’s website, when the incident occurred the vessel was in the northern Indian Ocean, en route to Fujairah in the United Arab Emirates from Dar es Salaam, Tanzania, with no cargo aboard.

A Briton and a Romanian died in the attack, and AP reported that a hole had been punched through the top of the tanker’s bridge.

The U.S. aircraft carrier USS Ronald Reagan and the guided-missile destroyer USS Mitscher escorted the Mercer Street to a safe harbor following the attack, the U.S. Fifth Fleet said in a statement on Friday.

“Upon arrival, U.S. forces determined through clear visual evidence that an attack had occurred,” the statement said, adding that initial findings indicated the ship had been hit by a drone strike.

Iran and Israel have accused each other of multiple attacks on each others’ vessels in recent months.

The Israeli-owned cargo ship Hyperion Ray sustained light damage in an attack off the coast of the United Arab Emirates, near Fujairah, on April 13. On April 6, the Iranian ship Saviz, reportedly used by Iran’s Islamic Revolutionary Guard Corps as a command and surveillance ship, was reportedly struck in the Red Sea by a limpet mine, causing damage and leaving the vessel stranded, but causing no casualties.

In mid-March, U.S. sources told The Wall Street Journal that Israel had attacked 12 ships illegally carrying Iranian oil to Syria since 2019, using weapons such as naval mines to damage the vessels.