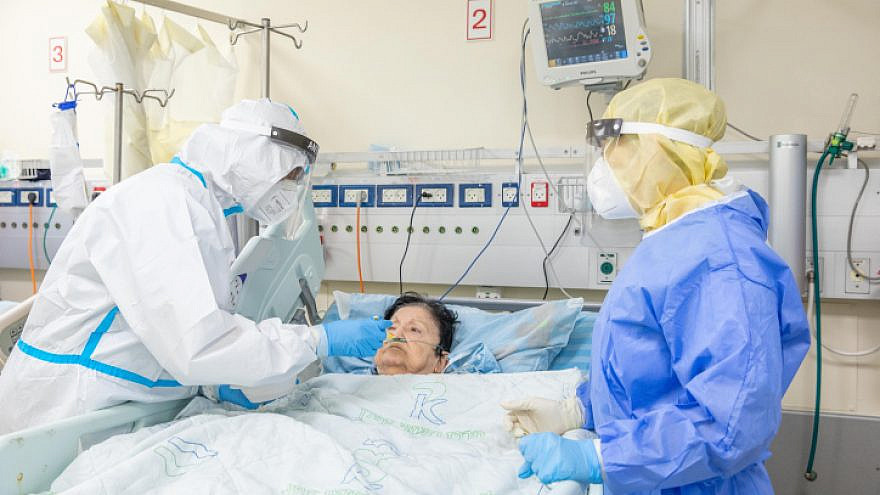 (December 14, 2020 / Israel Hayom) An Israeli startup’s groundbreaking innovation may provide a much-needed remedy to the shortage of ventilators and the overwhelming of staff in COVID-19 wards.

“Yehonatan Medical, in collaboration with Professor Ori Efrati, director of the Pediatric Pulmonary Unit at the Sheba Medical Center at Tel HaShomer, devised a state-of-the-art, first-of-its-kind ventilation system that can treat between three and five patients simultaneously. That means more patients treated by fewer ICU staff,” the company said in a statement.

“Conventional ventilators, aside from being very costly, are limited in that they can only be used with one patient at a time,” explained Efrati. “Their capacity factor and programming functions were designed for single-patient use, and there is also the danger of cross-contamination.”

According to Efrati, director of the Pediatric Pulmonary Unit at Sheba Medical Center, “we were able to use the relatively simple and inexpensive BipaP non-invasive ventilation machine as the basis for the Advanced Ventilation Technology.” He added that “thanks to the high-power output and built-in disinfecting mechanism, the new system can safely treat three to five patients simultaneously.”

Efrati declared the new development a “tremendous breakthrough is nothing less than a game-changer.”

The startup said that additional features based on artificial intelligence technology include the ability to create a hierarchy and classification of alerts; the ability for automatic parameter correction according to set criteria and respiratory rehabilitation for the patient by adjusting to changes in the patient’s responsiveness.

Yehonatan Medical is the medical department of Mofet Etzion, a company that for more than two decades has developed various security and military innovations for the Israel Defense Forces.