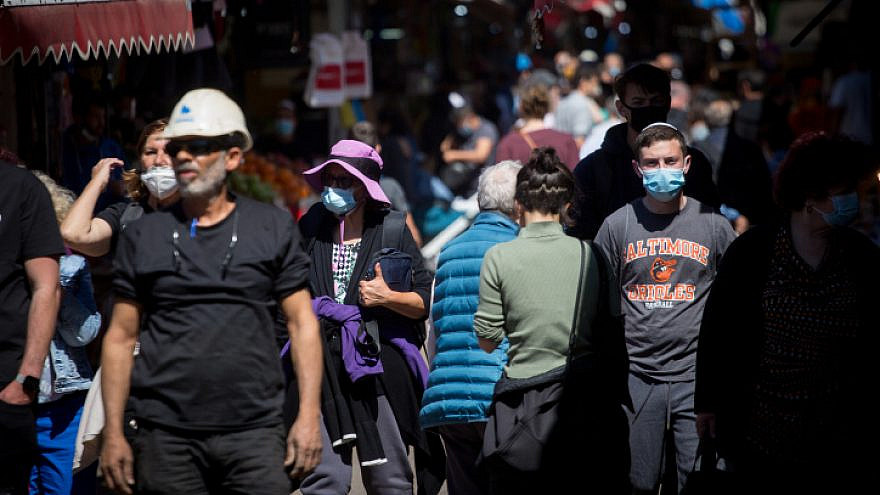 Of the 41,443 COVID-19 tests that the ministry conducted on Tuesday, 679 came back positive, placing the infection rate at 1.7 percent.

There are currently 14,403 active cases in Israel. Some 762 Israelis are hospitalized; 500 are in serious condition; and 207 are on ventilators.

Nineteen children under the age of 18 are hospitalized, among them three newborns. Of those, one is in critical condition, five are in serious condition, and the rest exhibit minor symptoms.

Twelve pregnant women are hospitalized, and nine women who gave birth tested positive for the virus. Three of the women are on ventilators and one is connected to an ECMO machine. None is fully vaccinated.

As for the vaccination drive: 5,191,761 Israelis have received their first jab and 4,608,229 Israelis have been fully vaccinated, which constitutes 49.55 percent of the population. Together with those who recovered from COVID, almost 6 million Israelis have antibodies against the virus.

“There is a morbidity spike in Brazil, where the Brazilian mutation that was identified in the city of Manaus is spreading throughout the country. Infection spikes are recorded in Eastern Europe, with the British variant is expanding across the continent. In New York, a new variant of the virus continues to spread and carries a mutation that has been linked to reinfecting those who had already recovered. A significant outbreak of the virus is also detected in Jordan these days,” stated the MID.

The mutations are being researched by scientists, as they might have the ability to continue to mutate and not only reinfect those who had already recovered from the virus, but also weaken the effects of the vaccine.

“Therefore, the recommendation is to minimize as much as possible the various mutations that are brought to Israel from abroad, as well as variants that have already been identified in Israel, such as the South African mutation, which hasn’t spread widely yet, and therefore its significant spread can be prevented in Israel through supervised entrance into the country and joint efforts in testing, isolation and responsible behavior to minimize the risk,” the MID said.

The MID recommends that Israelis who return from abroad be cautious, even with family members, and get tested for COVID-19 even if their test results at the airport are negative.

The current assessment is that the Pfizer vaccine seems to be effective against the South African strain, at least for preventing severe illness, added the MID.