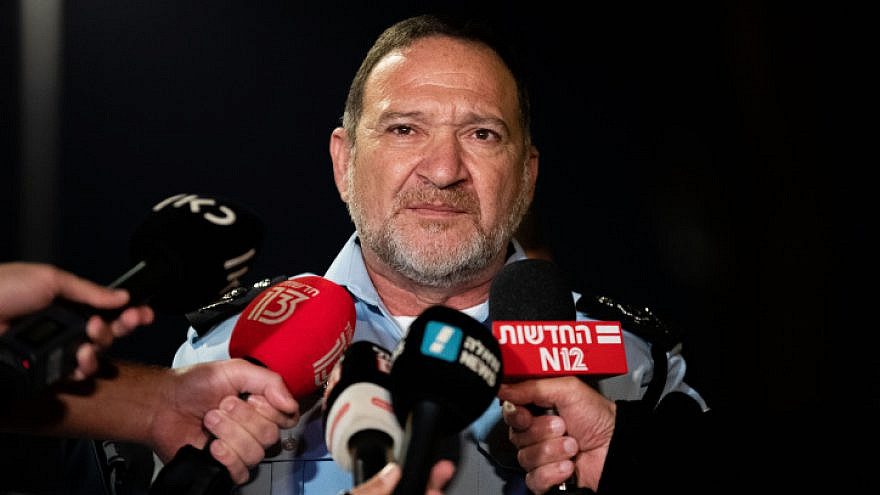 (May 19, 2021 / Israel Hayom) Israel Police Commissioner Yaakov Shabtai sparked an uproar on Tuesday night during a visit to the embattled city of Lod in central Israel when he called both Arab and Jewish rioters “terrorists.”

“An outrageous statement by the commissioner that should never have been made,” said Ohana. “To treat the problem we must acknowledge it: Arab rioters attacked Jews, police officers, synagogues. The policy is to be aggressive against rioters and terrorists. There is not and never has been symmetry. Yes, a handful of people also attacked Arabs; they will be dealt with harshly. From here to ‘both sides’—the distance is very far.”

Religious Zionism Party chairman Bezalel Smotrich also assailed Shabtai, saying: “This is what a commissioner who spits in the face of the people of Israel on live television looks like, who on his watch have been attacked and murdered, their property looted and burned, their sense of personal security lost while living under siege and while entire communities are cut off throughout the night. From an ethical and practical perspective, this distorted approach explains, of course, the resounding failure of the police to restore peace and security.”

Yamina Knesset member Ayelet Shaked said, “Police commissioner, sir, I visited Lod today [Tuesday]. Your statement regarding belligerents from both sides is detached from the reality on the ground. Burned synagogues, burned apartments belonging to Jews and Jewish residents fearing and dreading the neighbors in their building. Sweeping the problems of mixed cities under the rug won’t solve them; a determined and aggressive operation to collect [illegal] firearms will.”