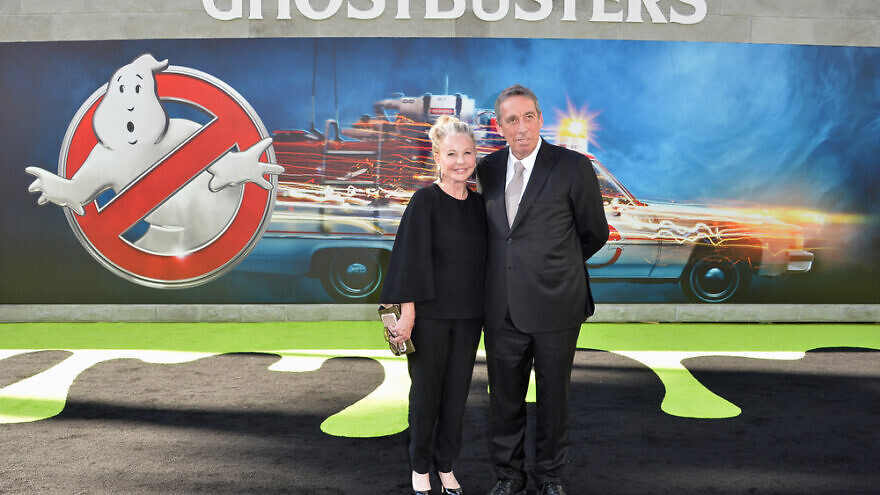 (February 15, 2022 / JNS) Jewish producer and director Ivan Reitman died in his sleep on Saturday night at his home in Montecito, Calif., at the age of 75, his family told The Associated Press.

“Our family is grieving the unexpected loss of a husband, father and grandfather who taught us to always seek the magic in life,” his three children said in a joint statement. “We take comfort that his work as a filmmaker brought laughter and happiness to countless others around the world. While we mourn privately, we hope those who knew him through his films will remember him always.”

Reitman was born in 1946 in Komarno, Czechoslovakia. His mother survived Auschwitz, while his father escaped a Nazi concentration camp and was later a member of the Slovakian resistance, according to JTA.

He was 4 years old when his family fled Czechoslovakia after the Communist regime began threatening his father, then a factory owner.

Reitman produced and directed the blockbuster hit “Ghostbusters” in 1984, along with a number of other comedic films during the 1980s and ’90s, including “National Lampoon’s Animal House” starring John Belushi; and “Meatballs” and “Stripes,” both starring Bill Murray.

His other credits included “Twins,” “Kindergarten Cop” and “Junior,” all starring Arnold Schwarzenegger; “Dave” with Kevin Kline; “Old School” with Will Ferrell; “EuroTrip”; and “No Strings Attached” with Ashton Kutcher and Natalie Portman.

He was the executive producer of the 1992 family film “Beethoven,” its sequel and the 1994 television series of the same name. He also produced “Space Jam” in 1996 with Michael Jordan and the 2021 remake starring LeBron James. Before his death, he was in pre-production on a number of films, including a sequel to “Twins.”