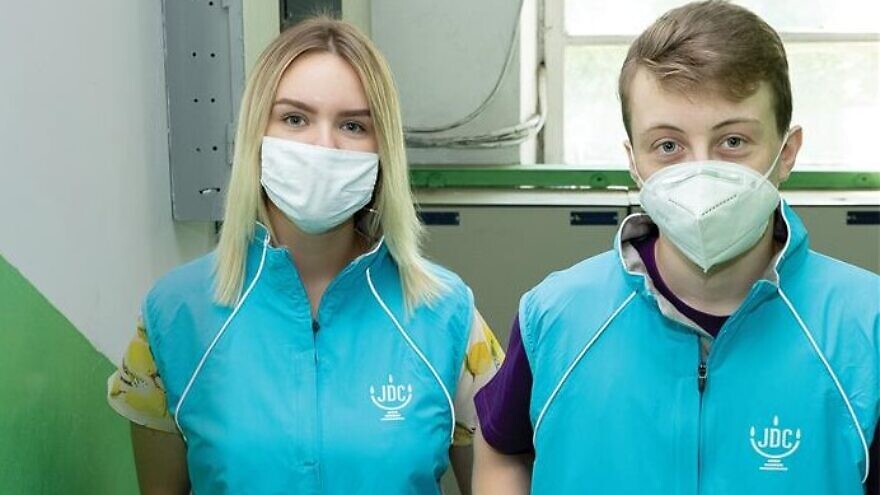 (February 25, 2022 / JNS) In response to the invasion of Ukraine, the American Jewish Joint Distribution Committee (JDC) has launched an emergency campaign to respond to spiking humanitarian needs among the nearly 40,000 poor Jews it supports in 1,000 locations around the country. JDC is already providing extra essentials like food and medicine to its clients and has activated its emergency hotlines, volunteer corps, and network of Hesed social service centers to address emerging needs as events unfold. The organization is also preparing to handle mass displacement, and deploy psychosocial support and increased aid to the most vulnerable.

“While we pray for a peaceful resolution to this conflict, we are working around the clock to ensure tens of thousands of Ukraine’s neediest Jews have the critical care and support they need to survive these terrible events. We do not know what the days ahead will bring, but JDC will remain a lifeline to these Jews and to Jewish communities,” said JDC CEO Ariel Zwang. “By leveraging our expertise from past crises in the region, the pandemic, and our presence on the ground, we will stand shoulder to shoulder with these Jews as part of our commitment to the timeless value that all Jews are responsible for one another.”

In the tense months leading up to the current crisis, JDC was already addressing dire economic need among Ukraine’s poorest Jews in the face of rising food, medicine, and utility prices. The organization has provided extra essentials to them. The organization was also preparing its teams to ensure continued aid during a variety of crisis scenarios, including food package delivery, online support and care, mapping clients to be able to reach them in an emergency, and coordinating with local Jewish organizations.

JDC has been operating in Ukraine, and throughout the former Soviet Union, for three decades, providing humanitarian assistance and Jewish community-building programs. Today those efforts include tens of thousands of beneficiaries and participants who rely on and engage with eighteen Hesed social service centers, six flagship JCCs, thousands of volunteers and teens engaged in service and Jewish cultural programs, and leadership programs in Ukraine. The organization’s work with Ukrainian Jews dates back nearly to the group’s founding 100+ years ago. JDC has since provided aid to Jews impacted by war, famine, and other challenges.

JDC’s work in Ukraine, and throughout the former Soviet Union, is generously supported by its esteemed partners, including: the Jewish Federations across North America in partnership with JFNA and UIA Canada; the Claims Conference; the International Fellowship of Christians and Jews; Maurice and Vivienne Wohl Charitable Foundation; World Jewish Relief (UK); and Genesis Philanthropy Group; as well as JDC’s Board of Directors and thousands of individual donors and foundations.

Donations to these efforts can be made at https://jdc.org/Ukraine