(February 8, 2022 / JNS) Jewish leaders presented their case for the increase in funding and streamlining critical to improving the Federal Nonprofit Security Grant Program (NSGP) on Tuesday during a hearing of the House Emergency Preparedness, Response and Recovery Subcommittee, and Intelligence and Counterterrorism Subcommittee.

Testifying before the committee were Rabbi Charlie Cytron-Walker of Congregation Beth Israel in Colleyville, Texas, where he and three congregants were held hostage by a terrorist on Jan. 15. The hostage situation, which ended with the death of the suspect only—44-year-old Malik Faisal Akram—was the impetus for the hearing.

The main issue the witnesses called for was an increase in funding of the grant, which currently stands at $180 million a year to $360 million.

The grant allows nonprofits such as religious institutions of any religion, day schools, museums and other institutions that may be the target of an attack to apply for grants from the Federal Emergency Management Agency (FEMA) to help pay for hardening the facility and other security-related activities.

According to JFNA, only 45% out of more than 3,000 grant applicants that FEMA reviewed were able to be funded in 2021.

Cytron-Walker told the committee that he had mixed emotions about having to do the hearing.

“On the one hand, I’m truly horrified that in our society today, religious leaders must devote themselves to security training. How to harden our facilities is both unnecessary conversation and anathema to religious ideals of hospitality and loving the stranger,” he said. “At the same time, I’m filled with gratitude. I’m grateful to be here. To be honest, I’m grateful to be anywhere.” 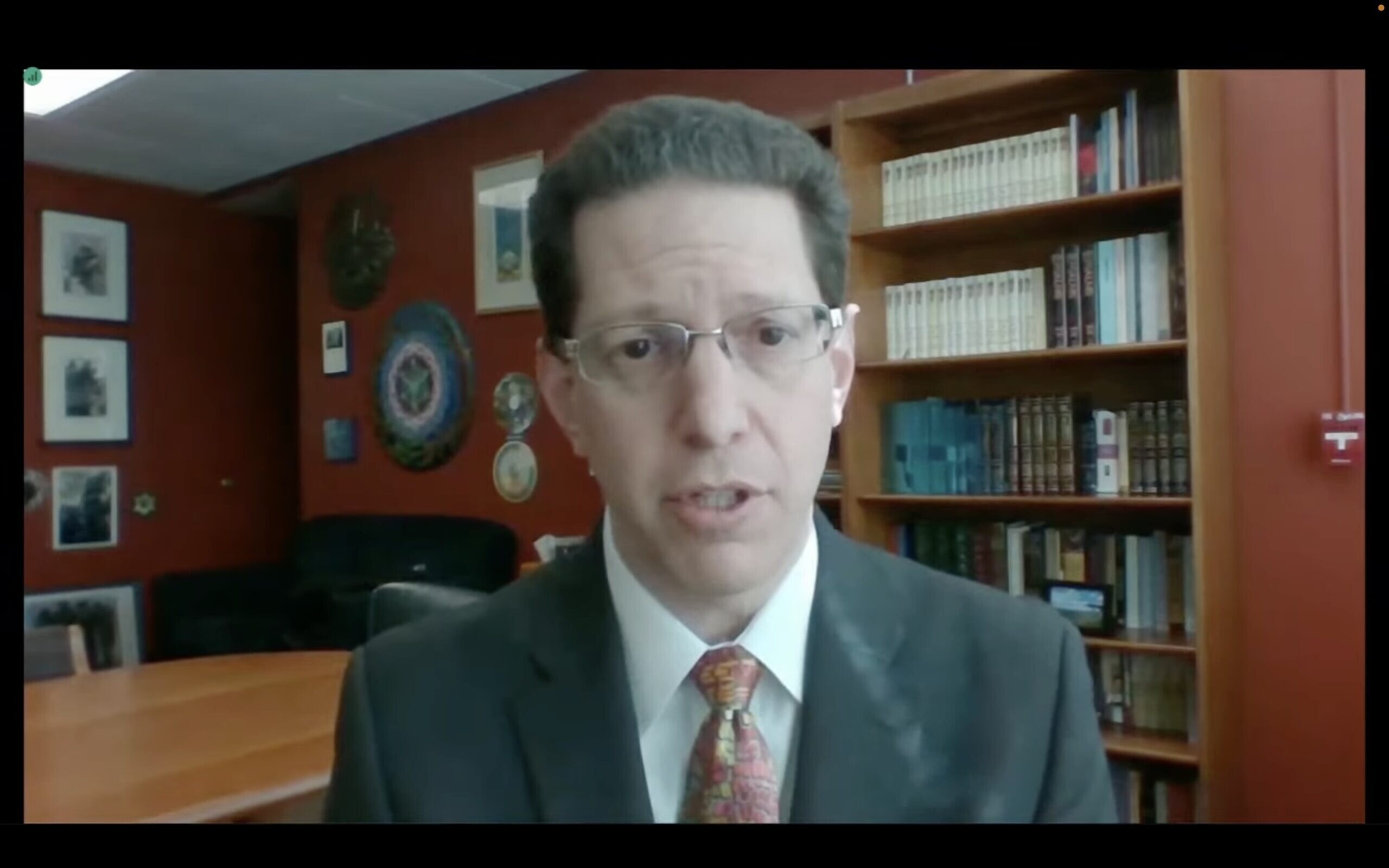 Cytron-Walker said he was appreciative to have taken part in security training held by the FBI, the Department of Homeland Security and his region’s U.S. Attorney’s Office six years ago focused on active shooters and where he was introduced to the concept of a security committee, which his congregation started. Since then, he had participated in a number of workshops that he said helped him “stay alert, look for an opportunity and gave me the courage to act when I needed to.”

Called a hero by the members of Congress at the hearing, Cytron-Walker was able to throw a chair at the terrorist before he and two others escaped the evening of Jan. 15. One congregation managed to get away several hours earlier.

Cytron-Walker credited the synagogue’s members, the Tarrant County Jewish Federation and the NSGP for making the synagogue’s security plans possible, which he said made a dramatic difference.

Upgrades included security cameras that the special agent in charge of the FBI’s Dallas field office said offered video feed to give a general situational awareness to decision-makers and negotiators.

Fingerhut listed the many attacks on Jewish institutions since 2009 and said that the community was in a moment of crisis, experiencing the most intense period of violent attacks on Jews in American history.

“Right now, the Jewish community has an umbrella that is filled with holes. Those seeking to do harm to Jews will target those communities that are under-resourced and underprepared,” he said in a news release after the hearing. ”It is critical that we have the funds to protect all members of the Jewish community, no matter where they live.”

Besides additional funding, the witnesses also called for improvements to the grantmaking process to make it easier for organizations, including smaller synagogues, to apply for and receive grants. This would entail providing more funds to FEMA and state administrative agencies to better administer the program and improve outreach.

Cytron-Walker said it was disheartening that many institutional grant applications are rejected without an explanation as to why. Small congregations also face challenges dealing with government grants. At his synagogue, there are two paid staff members and a part-time staff member in addition to himself.

In small religious institutions, he said it’s hard to have the bandwidth to get volunteers to think about security issues in the abstract. Had it not been for one volunteer who Cytron-Walker said basically made it his full-time job for weeks, his congregation wouldn’t have received the grants. 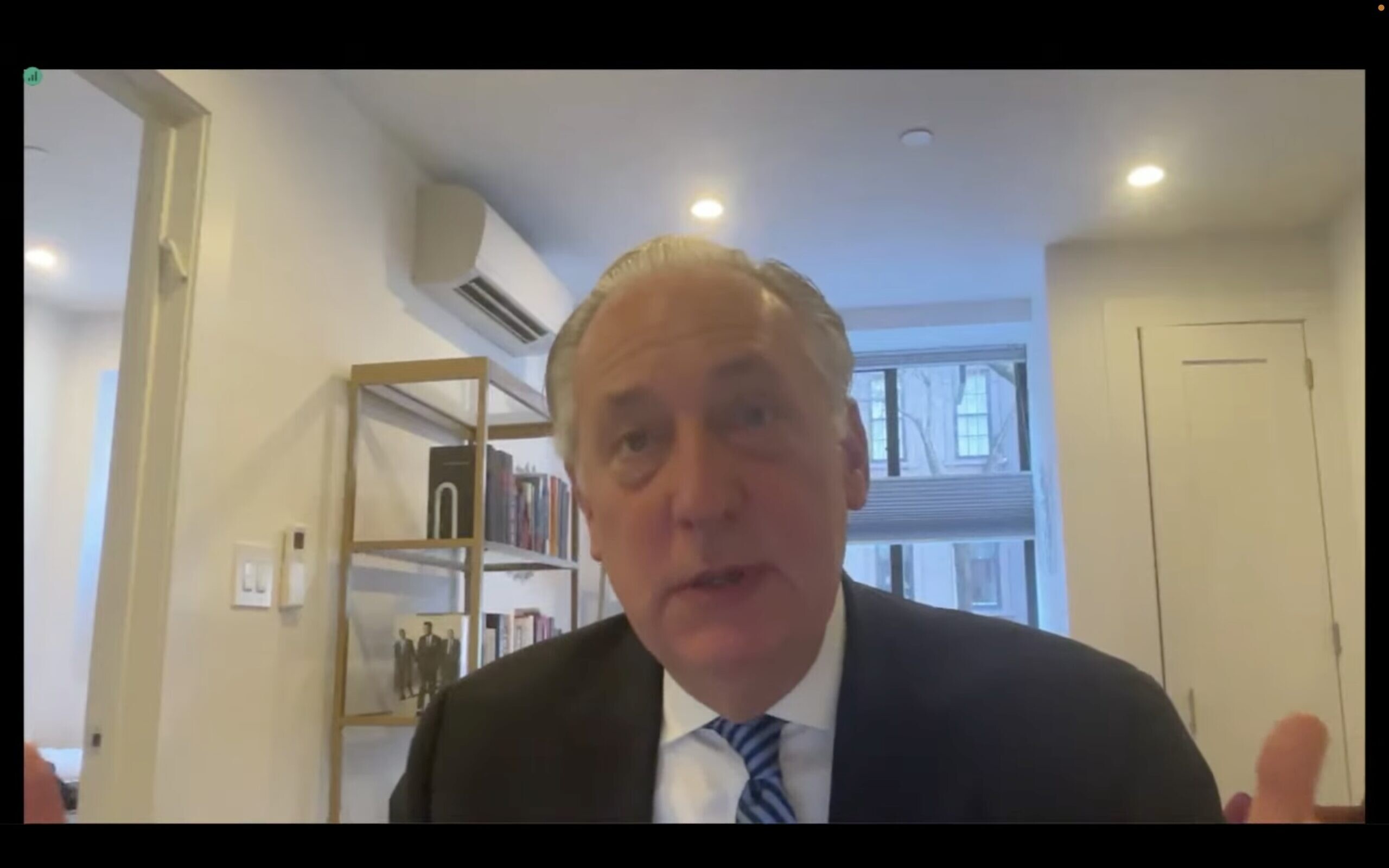 He wondered if FEMA could lower the barriers for small institutions, such as having a special shortened grant application.

Fingerhut said that while the program has quadrupled in size since 2018, it has struggled to keep up with the necessary administrative oversight and infrastructure needed to carry out its duties. He supported Congress allowing the NSGP program office to use some of the additional funding to cover its management and administrative costs.

He added that the program needs to develop resources to assist nonprofits through the application process and for the program to be waived from the requirements of the Paperwork Reduction Act.

Masters told the members of Congress there were inconsistencies in how the program is administered at a state level, where individual state application deadlines could be as short as four weeks while another’s could be two months.

Finally, he urged Congress to allow the program to expand its appropriation language to allow FEMA to consider hate- and grievance-based crimes in its allocation.

Rep. Elissa Slotkin (D-Mich.), chair of the Intelligence and Counterterrorism Subcommittee, asked Fingerhut and Masters how the convergence of anti-Semitism, extremist ideology and conspiracy theories are increasing threats to the Jewish community.

Masters replied that a “salad bar” exists of conspiracy theories, online tropes and misinformation that people can find to support any view, leading to an increase in anti-Semitic rhetoric.

The hostage-taker at Beth Israel believed that Jews had the power to secure the freedom of an incarcerated Islamic terrorist. Such beliefs are shared across anti-Semitic groups such as Islamic extremists to neo-Nazis. But, he said, the ideology is irrelevant.

“We need to make sure that the doors are locked and that the members of our community are alive to have that discussion,” said Masters.

Cytron-Walker said the hostage-taker was very focused on the idea that Jews controlled the world and that there was a chief rabbi of America that he could call to get Aafia Siddiqui released.