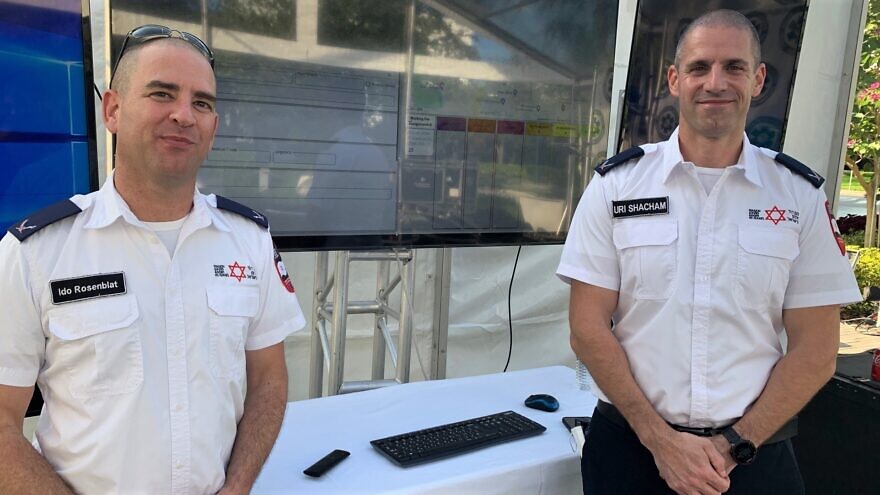 (December 16, 2021 / JNS) Magen David Adom’s groundbreaking technology, which powers the emergency dispatching systems in Israel for medical emergencies and the National Fire Rescue Service as well as for the EMS system in the Philippines, is now being used in the United States.

In a ceremony on Dec. 14 attended by several hundred people in Aventura, Fla., the two organizations signed an agreement to continue sharing knowledge and training, making years of cooperation official.

Hatzalah South Florida is one of more than 50 independent hatzalah (Hebrew for “rescue”) volunteer ambulance services that serve Jewish communities in the United States, Israel and around the world.

While Hatzalah South Florida will use technology already developed by MDA, the system was customized to meet specific needs. It was designed to be cloud-based, as opposed to the mainframe system MDA uses in its own National Operations Center, so Hatzalah South Florida can move its dispatching operations from location to location when necessary, an important consideration for the rapidly growing organization. 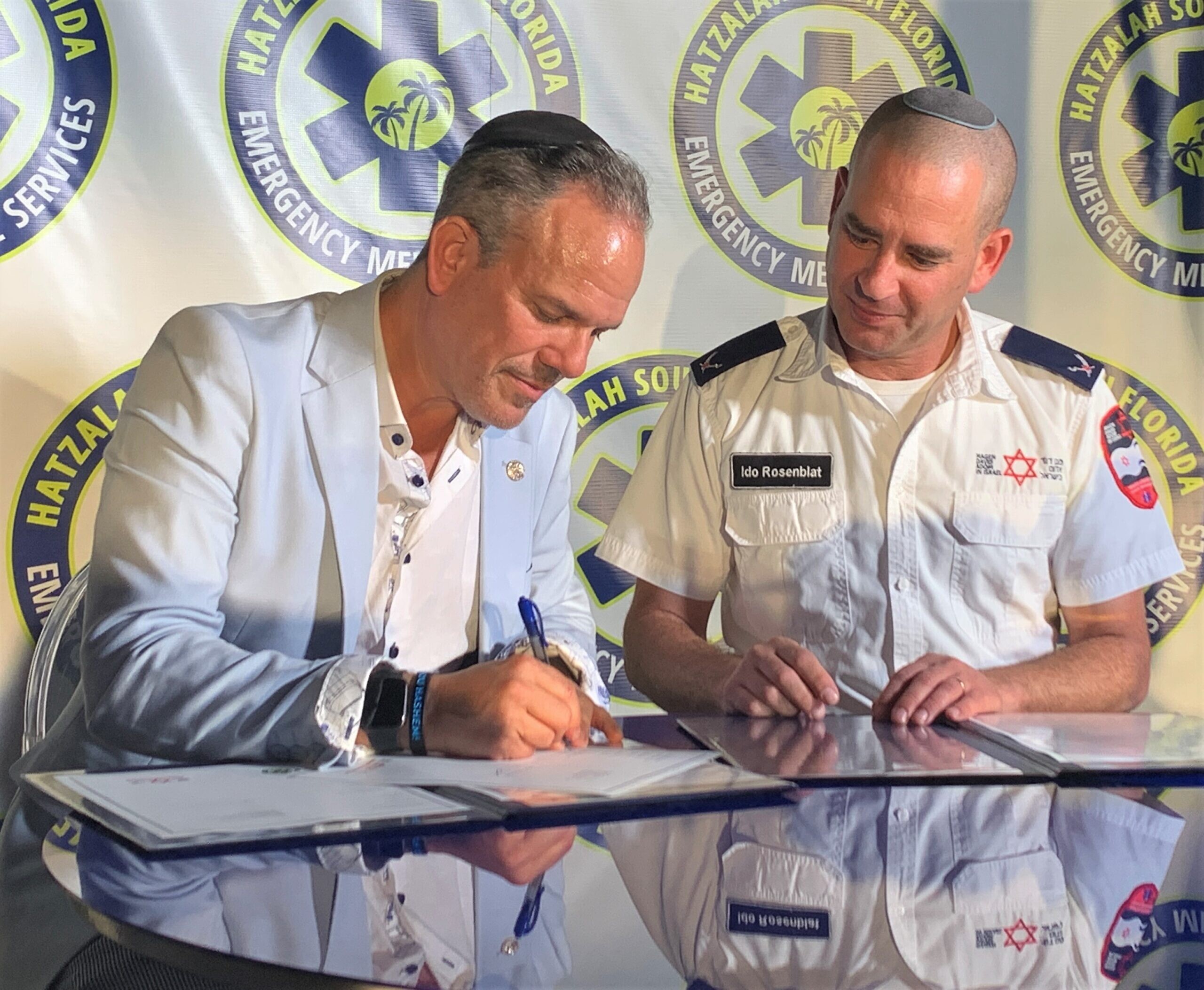 Baruch Sandhaus, Hatzalah South Florida executive director and an EMT, and Ido Rosenblat, Magen David Adom chief information officer and a Medevac paramedic, made the years of cooperation between their organizations official by signing an agreement to continue to share knowledge and training at a ceremony on Dec. 14, 2021. Credit: Courtesy.

With Hatzalah South Florida’s new system, the organization’s dispatchers will be able to:

“While we brought our technology to South Florida first, we’re amenable to sharing it with any American EMS organization or PSAP [public-safety answering point],” said Ido Rosenblat, MDA’s chief information officer. “We’re in the life-saving business, so if there’s any way we can help anyone else achieve that goal—whether it’s through sharing our experience or our technology—we’re onboard.”