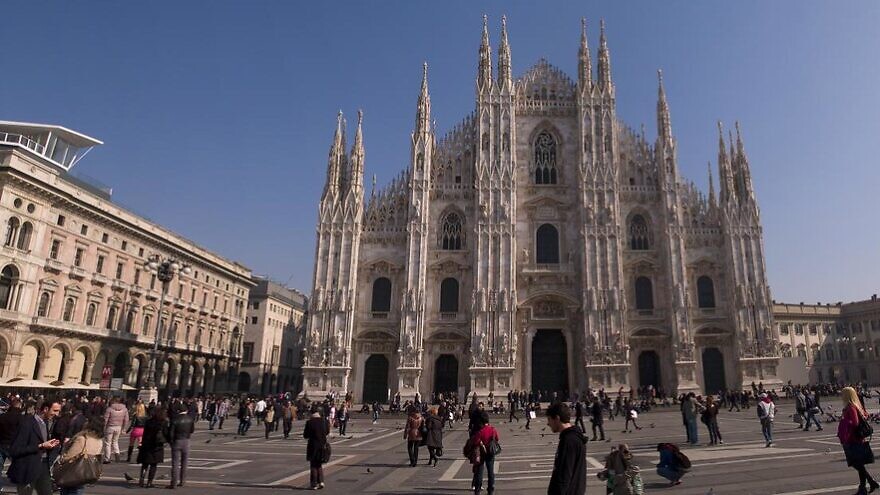 (August 18, 2022 / JNS) The city of Milan, Italy, has been named an honorary member of the International Raoul Wallenberg Foundation (IRWF) in recognition of its residents’ efforts to help rescue Jews from Nazi concentration camps during the Holocaust.

The foundation is named after the Swedish diplomat Raul Wallenberg, who helped save 200,000 Jews in Budapest in 1944 by giving them protective documents, putting them in protected housing and ensuring their release from Nazi deportation trains, death marches and labor service brigades, according to the United States Holocaust Memorial Museum.

Wallenberg was detained by Soviet forces on Jan. 17, 1945, shortly after they took control of Budapest. Russia said in 2000 that he was imprisoned for two-and-a-half years and executed in 1947. All records connected to Wallenberg’s arrest have been destroyed, Russia stated, so evidence of his imprisonment or death no longer exists.

Wallenberg was awarded the title of “Righteous Among the Nations” by Yad Vashem in 1963.

IRWF’s mission is to “develop educational programs and public awareness campaigns based on the values of solidarity and civic courage, ethical cornerstones of the saviors of the Holocaust,” according to its website.

It also searches for Holocaust rescuers and advocates for their recognition. Its honorary members include more than 300 heads of state, members of royal families, governors, mayors and Nobel Prize laureates from around the world. Pope Francis is an honorary member.