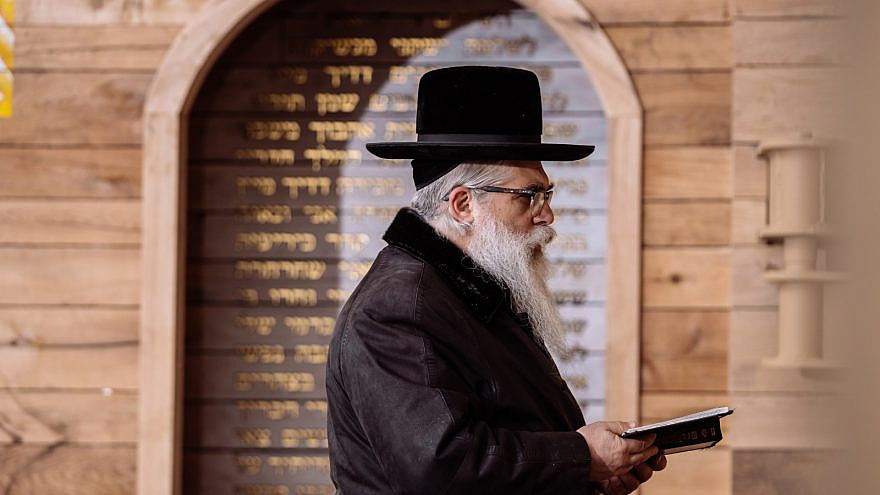 (February 24, 2022 / Israel Hayom) The Moldova Jewish community, which has in recent weeks been preparing to help thousands of Israelis and Jews fleeing the emerging war zone in Ukraine, has said it is ready to transport people from the Ukrainian border into Moldova.

It has also prepared food supplies, accommodations and emergency medical care for hundreds of people.

The members of the community and the chief rabbi of Moldova, Pinchas Saltzman, are constantly in touch with the Jewish communities in the Ukrainian cities located in the war zones. “We expect hundreds of Jews and Israelis leaving Ukraine to arrive,” it said in a statement.

Against the backdrop of the Russian invasion, the Ukraine Jewish Federation has vowed to remain in the country, and called on Ukrainian Jews to adhere to state regulations and avoid leaving their homes.

The rabbis also stressed that “whoever can leave Ukraine safely, should do so through border crossings.”

Ariel Markowitz, a member of the Kyiv Jewish community, said his phone has been ringing nonstop since the early hours of the morning, when explosions and sirens were heard across the capital. Markowitz is the son of Kyiv Chief Rabbi Jonathan Markowitz.

“Kyiv is in chaos, with many residents, including, of course, Jews, trying to escape,” he said. “There are traffic jams. We are trying to help those who want to leave. We have set up a travel group to Lviv [in western Ukraine], but it isn’t easy. There is a lot of traffic and talks of explosions. All those complacent have woken up and are now reaching out to us,” he said.

Kyiv’s Chabad House is preparing to host all Jews in need.

The chief rabbi of the northern city of Kharkiv, Moshe Moskovitz, spoke of reports of the city being surrounded by Russian tanks, and soldiers waving the Russian flag in the city.

“We awoke to sounds of explosions,” he said. Moskovitz also said that the city of Lviv, to where most people flee, is a 13-hour drive away from Kharkiv, and given that gas is difficult to come by, the journey is impossible.

“They say there are tanks around the city. I don’t know if there are soldiers in the city. I have not left the synagogue” since the morning, he said.

Members of the Jewish community “answer phone calls from the city’s Jews and from Israel and try to help. Police are in contact with us all the time, no one knows what’s happening. There are no clear instructions on what to do. I tell people to stay close to shelters.”

Israel’s Foreign Ministry said it is constantly in touch with the Ukrainian embassy, which has in recent days been relocated to Lviv and is ready to assist Israelis who want to leave the country. The ministry is expected to convene on Tuesday to hold a situation assessment.

Jewish residents of Uman have also awoken to the reality of war.

Vice president of the Ukrainian branch of Unit Hatzalah Shlomi Elisha said explosions were heard in the city starting in the early hours of the morning. The organization said in a statement that the emergency evacuation plan it had prepared was on hold as bus drivers refused to travel.

“No driver is willing to drive toward the border,” the statement said. “All our efforts are focused on organizing as many buses as we can and several will leave under security escort.”