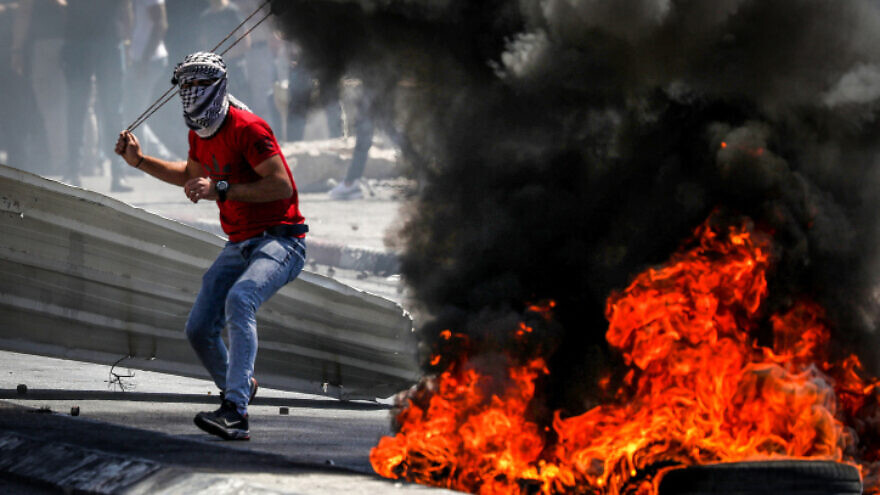 (January 17, 2023 / JNS) More than 90 countries signed a letter, published on Monday, demanding the “immediate” reversal of Israel’s punitive measures against the Palestinian Authority.

The U.N. General Assembly late last month approved a resolution calling on the ICJ to “render urgently an advisory opinion” on Israel’s “prolonged occupation, settlement and annexation of Palestinian territory.” In response to the P.A.’s ongoing “political and legal war” against the Jewish state, the Israeli Security Cabinet decided, among other measures, to withhold taxes and tariffs collected on behalf of and transferred to the P.A., in an amount equal to that which Ramallah paid to terrorists and their families in 2022 under its “pay-for-slay” policy.

The letter was signed by representatives of the Arab and Islamic countries, including Egypt, Jordan, the United Arab Emirates, Bahrain, Morocco and Sudan, along with Western and other nations such as Germany, France, Italy, Ireland, Sweden, Norway, Cyprus, Japan, Brazil, Argentina and Mexico.

“Regardless of each country’s position on the resolution, we reject punitive measures in response to a request for an advisory opinion by the International Court of Justice, and more broadly in response to a General Assembly resolution, and call for their immediate reversal,” the letter states.

In parallel, a spokesperson for U.N. Secretary-General António Guterres said he “notes with deep concern the recent Israeli measures against the Palestinian Authority,” adding that there should “be no retaliation… in relation to the International Court of Justice.”

In line with the Security Cabinet decision, Jerusalem last week transferred 138.8 million shekels ($39.5 million) of revenues collected for the P.A. to Israeli victims of terrorism and their families.

For his part, P.A. Prime Minister Mohammad Shtayyeh said the punitive measures would “promptly lead to [the P.A.’s] collapse.”

In an interview with Haaretz, Shtayyeh described the Security Cabinet decision as “another nail in the Palestinian Authority’s coffin, unless there is immediate intervention by the international community, namely the [Biden] administration in Washington and Arab countries.”

He added: “Previous Israeli governments worked to eliminate the two-state solution, and the current government is fighting the Palestinian Authority itself.”