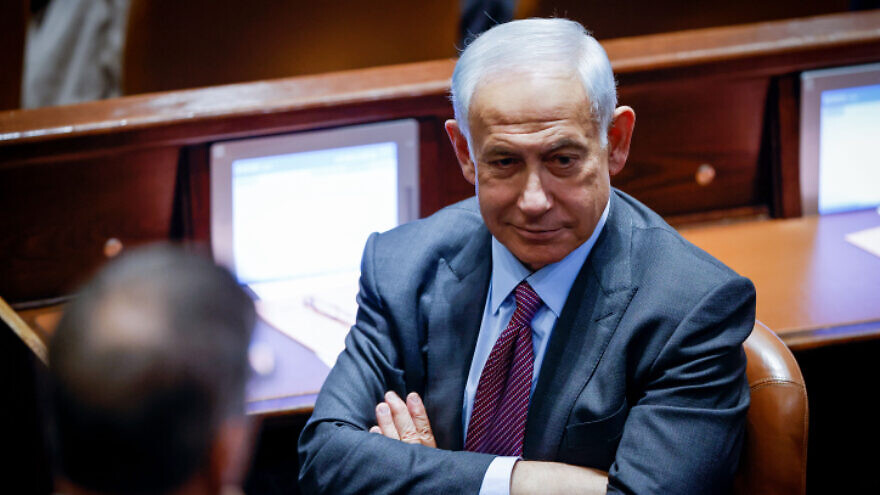 (January 8, 2023 / JNS) Israel on Sunday revoked the VIP pass of Palestinian Authority Foreign Minister Riyad al-Malki, in line with a Cabinet decision last week to sanction Ramallah in response to the U.N.’s passage, at the P.A.’s behest, of a resolution asking the International Court of Justice to weigh in on the legal status of Judea and Samaria.

Border officials stopped al-Malki as he crossed from Jordan into the P.A., and confiscated the travel document allowing him to expedite or altogether bypass normal security checks in Judea and Samaria.

“In the diplomatic sphere, the Security Cabinet convened last Thursday and decided on a series of measures against the Palestinian Authority for advancing a radical anti-Israel decision at the U.N.,” Prime Minister Benjamin Netanyahu said on Sunday.

“These steps include sanctions against senior Palestinian officials, the offsetting of terrorist funds and the freezing of Palestinian construction projects in Area C, which contravene the explicit commitments that the P.A. has taken upon itself.

“We have established a different government with a different policy, and everyone will see this,” added Netanyahu.

Ahmed al-Deek, an aide to al-Maliki, told Reuters that the Palestinian diplomat “will continue his job with or without the card.”

The official P.A. Wafa news agency reported on Sunday that Ramallah was “considering a legal and political response to the vindictive measures,” which al-Malki claimed violate international law. He added that “work is underway to build an international public opinion against the occupying regime by exposing its crimes before the countries of the world.”

The decision to retaliate against Ramallah came a week after the U.N. General Assembly passed a resolution calling on the ICJ to “render urgently an advisory opinion” on Israel’s “prolonged occupation, settlement and annexation of Palestinian territory.”

In response to the P.A.’s ongoing “political and legal war” against the Jewish state, the Security Cabinet decided to withhold taxes and tariffs collected on behalf of and transferred to the P.A., in an amount equal to that which Ramallah paid to terrorists and their families in 2022 under its “pay-for-slay” policy. An additional sum of nearly $40 million was deducted from the same P.A. pool of funds, to be disbursed to Israeli victims of Palestinian terrorism.

The Knesset had previously passed legislation mandating such deductions. However, the Bennett-Lapid government repeatedly found loopholes to delay its implementation.

Meanwhile, the Israeli Defense Ministry over the weekend suspended the entry permits to Green Line Israel of three other senior P.A. officials after they participated in a homecoming ceremony for a convicted terrorist released from prison.

The three officials, including an assistant to P.A. chief Mahmoud Abbas, arrived in the Arab Israeli town of ’Ara, in northern Israel, to greet Karim Younis, an Israeli jailed for murdering IDF Cpl. Avraham Bromberg on the Golan Heights in 1980.

On Sunday, Israeli National Security Minister Itamar Ben-Gvir announced the cancelation of a regulation implemented by the previous government that allowed any lawmaker to meet with jailed Palestinian terrorists.