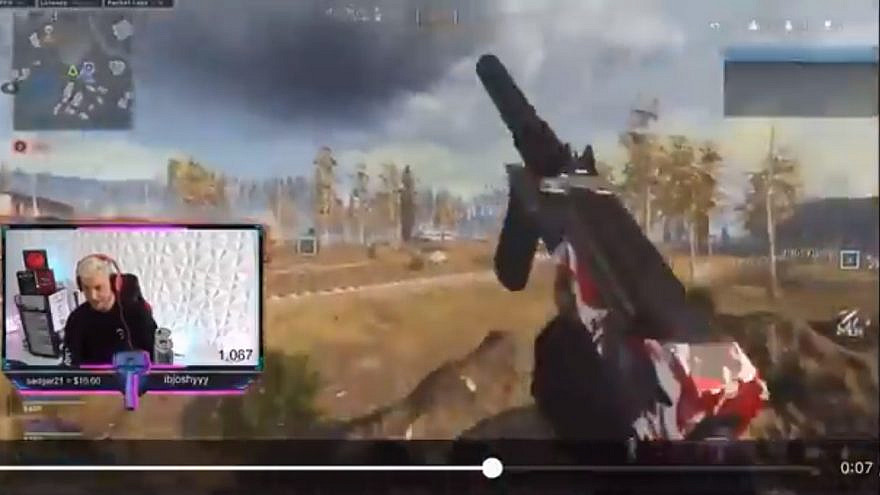 “Don’t f***ing snipe me, you f***ing kike bitch,” Leonard, 29, said while playing “Call of Duty,” according to a clip posted by @MainTeamSports on Twitter.

The Miami Heat said in a statement on Tuesday night that it “condemns the use of any form of hate speech.”

“The words used by Meyers Leonard were wrong, and we will not tolerate hateful language from anyone associated with our franchise,” read the statement.

The Heat also noted that Leonard has been put on leave indefinitely while the NBA conducts an investigation.

In a statement, CEO of StandWithUs Roz Rothstein said the watchdog organization was “disappointed” not only to learn about Leonard saying those words but that he didn’t appear to know that the term was deeply offensive.

“We are encouraged to hear that the Miami Heat is investigating the matter and hope that in addition to any other penalties that may be warranted here,” she said, that “Leonard will not only issue an apology to the Jewish community but also take the time to educate himself and others over whom he has influence about the harm that too often comes from the use of hateful and derogatory terms like this.”

In an Instagram post, Leonard, a former first-round pick who plays center for Miami, later apologized for what he uttered.

“I am deeply sorry for using an anti-Semitic slur during a livestream,” he said. “While I didn’t know what the word meant at the time, my ignorance about its history and how offensive it is to the Jewish community is absolutely not an excuse, and I was just wrong.”