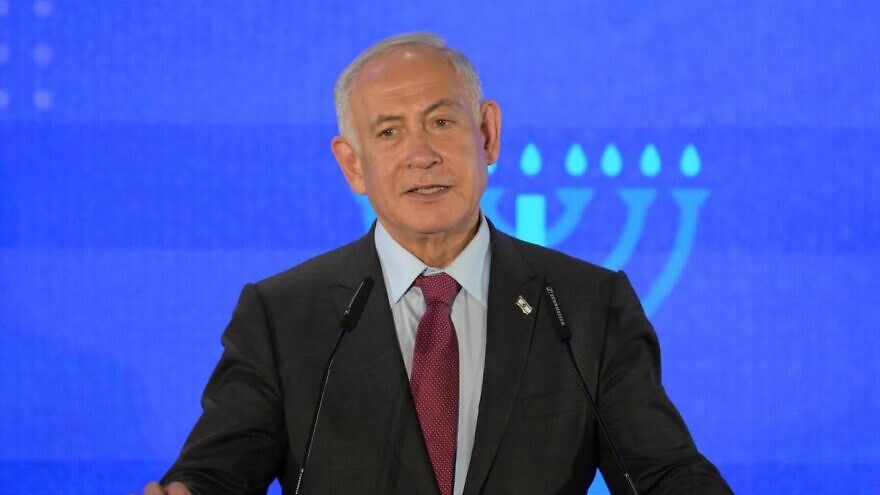 “The 37th government of Israel, which came into the world less than a week ago, is determined to go in the appropriate direction to establish our existence and our future as a Jewish and democratic state in the land of our forefathers—in the Land of Israel,” the prime minister said.

Saying he means to break with the policies of the previous government, Netanyahu called for policy revisions in the realms of security, foreign relations, the economy and the legal system.

“Instead of inaction, we will advance a vigorous, responsible and national policy replete with action,” he said.

Netanyahu also took the opportunity to say he would take necessary steps to deal with the rising inflation and cost of living that affect the lives of everyday Israelis.

“We will continue to grow the Israeli economy as a free market economy,” he said. “We will take steps to halt inflation and reduce the cost of living and you will be hearing about this in the coming days. We will achieve prosperity for all Israeli citizens, Jews and non-Jews alike.”

A strong economy is foundational when it comes to supporting the Jewish state’s military and diplomatic strength, Netanyahu said.

“The economic prosperity that we have attained has served us in acquiring new jets, new submarines, new frigates, new tanks, new interceptors, and a new cyber system,” he said. “In other words, the economic strength that we have built has been directly translated into military strength. And together these two strengths, economic and military, will lead us to diplomatic strength.”

CEO of the World Betar Movement Yigal Brand awarded Netanyahu a certificate of appreciation, in honor of the Israeli prime minister’s work in the spirit of Revisionist Zionist leader Ze’ev Jabotinsky.

“Tonight I presented Prime Minister Benjamin Netanyahu with a certificate of appreciation on behalf of the Betar Movement for his work in the spirit of Jabotinsky to strengthen the security and prosperity of the State of Israel,” Brand posted on his Twitter account.