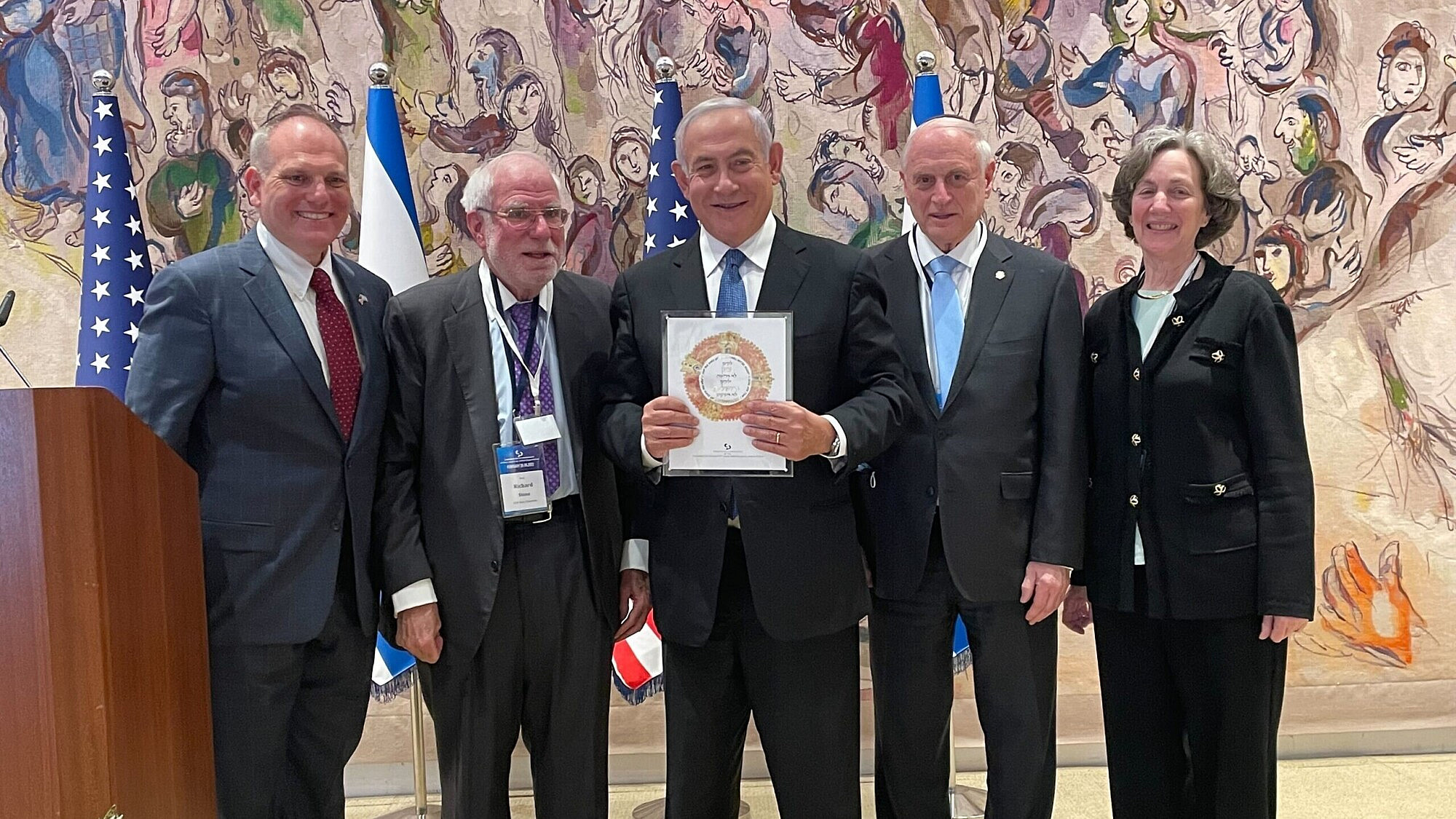 “This deal will bring war. This deal that [the Americans and world powers] are coming back to,” he said. “This region will become a nuclear tinderbox. This will bring war, and then another war,” he said. “We are going from a bad deal to a worse deal.”

Netanyahu made the remarks to the Conference of Presidents of Major American Jewish Organizations’ Leadership Mission during their visit to the Knesset.

Having Iran sign a deal “doesn’t kick the can forward. It lightly nudges the can for two-and-a-half to three years,” said Netanyahu. “You’re not even kicking the can down the road, which by the way, is a nuclear can,” he added. The new deal, he continued, is essentially a “seal of approval” for Iran to become a nuclear threshold state.

“It is a horrible deal. We should oppose it with every fiber of our being,” he emphasized.

The former premier recalled the tremendous criticism he had received for his opposition to the original nuclear agreement, the Joint Comprehensive Plan of Action (JCPOA), signed in 2015. Netanyahu led the charge to prevent the signing, making a controversial speech to a joint session of Congress, arousing the ire of then-President Barack Obama. Yet he continued, all of the assessments that Israel would suffer for its opposition to the deal proved false.

“After the deal was signed, we inked a 10-year, $38 billion MoU [Memorandum of Understanding]. That was signed with Obama. So that assessment was false,” he said.

A third assessment was that Israel would lose coveted support from the Democratic Party.

Netanyahu pointed to Gallup polls in 2015 and 2016 that demonstrated that support among Democrats actually increased following his controversial opposition to the JCPOA.

“There is widespread acceptance for Israel in the United States,” he said. “Iran is bad. Israel is good. It ain’t that complicated. People in America understand that.”

Former President Donald Trump unilaterally exited the JCPOA and reimposed sanctions on Iran in May 2018.

Netanyahu emphasized that his opposition to the original Iran deal had nothing to do with the fact that the president who brokered it was a Democrat. During his first term as premier, he noted, he had opposed the policies of former President George H.W. Bush. “I was kicked out of the State Department by [U.S. Secretary of State] Jim Baker,” he recalled. “I opposed the JCPOA not as a Democrat and not as a Republican. I went there as an Israeli patriot.”

‘There is a viable military option’

In the past two days, Israeli Prime Minister Naftali Bennett and Foreign Minister Yair Lapid both told American Jewish leaders at the COPMAJO that they chose not to further harm relations with Democrats over a deal they did not believe they could prevent, even with more vocal opposition.

As a result, “Now you have a nuclear Iran with Israeli acquiescence,” charged Netanyahu. “If Israel accepts the deal, nobody can oppose it. We have a problem if we don’t stand up to this.”

If he were to once again return to office, said Netanyahu, it would be his policy to oppose the Iran nuclear agreement and the regime’s march towards nuclear weapons.

“We will speak out against this,” he said. “We will act against it.”