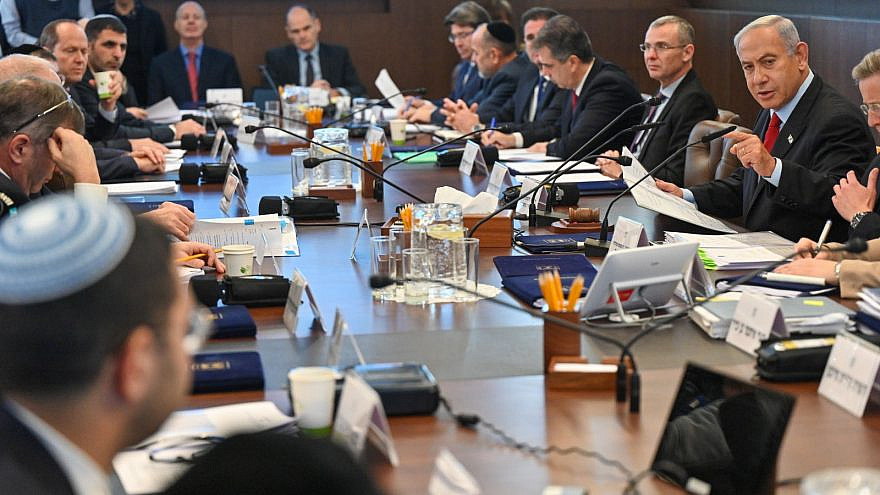 (January 22, 2023 / JNS) Israeli Prime Minister Benjamin Netanyahu said on Sunday that the United States “genuinely” seeks to reach an understanding with Israel with regard to the threat posed by Iran.

In his opening remarks to the Security Cabinet, Netanyahu said that last week’s visit to Israel by U.S. National Security Advisor Jake Sullivan had come at a “special time, one of serious challenges to our national security, and of serious opportunities for peace with our neighbors.”

His discussions with Sullivan had focused on “regional security challenges, especially Iran,” as well as ways the two countries could cooperate against this common threat, said Netanyahu.

“I must say that regarding the meetings, I was impressed that there is a genuine and mutual desire to reach understandings on this issue, which is of decisive importance to the security of the state,” he said, adding that further discussions on the issue will be held in the coming weeks.

Sullivan is the highest-ranking Biden administration official to travel to Israel since the establishment of the new government.