(May 26, 2022 / Jerusalem Center for Public Affairs) The most important and most dangerous challenge Israel currently faces is Iran’s military nuclear program, which has dramatically picked up in pace. If the information provided by Israeli Defense Minister Benny Gantz is correct, Iran produced twice as much 60% enriched uranium in the past three months than it did in the preceding three. That means the Iranians are moving very quickly towards possessing enough fissile material to make several bombs within a very short period. In other words, it means that Iran is already a threshold nuclear country.

This is a red line from Israel’s point of view. When former Israeli Prime Minister Benjamin Netanyahu presented his famous drawing to the U.N. General Assembly in 2012, he spoke about 250 kilograms of 20%-enriched uranium in the hands of the Iranians as a red line. We are far beyond that red line, and as mentioned Iranian enrichment is only speeding up.

There is a great debate among experts regarding how much time it is going to take before the Iranians have an actual weapon. While some think it’s going to take them two years, I’m much more pessimistic; there’s no reason to believe the Iranians have been working in a linear fashion, first producing sufficient enriched uranium and only then starting to worry about how to make it into a bomb.

We also know they are making progress in the technological sphere. 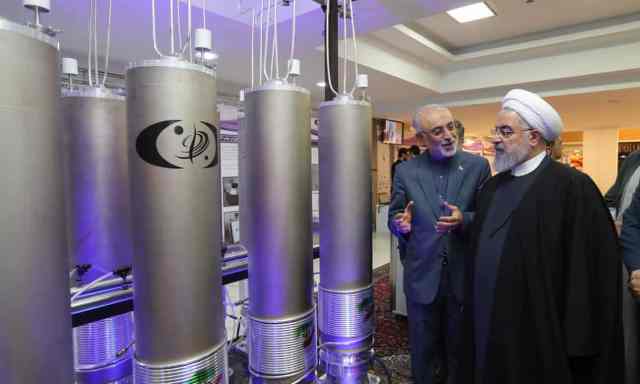 We also don’t have any answers from the Iranians about all the open questions regarding the potential military dimensions of their program before they entered the JCPOA in 2015. And we definitely don’t have any answers about the revelations Israel brought to the table after it obtained Tehran’s nuclear archives in 2018, in spite of the efforts of the International Atomic Energy Agency to convince the Iranians to cooperate.

Four previously unknown sites were exposed due to this archive. At a couple of them, anthropogenic traces of uranium were found, and the Iranians haven’t explained the source of this uranium or provided information about where it is now and how much of it there is. We have to assume that the Iranians have done all kinds of experiments with this uranium to shorten the time necessary for them to move from 90%-enriched (military grade) uranium to the capability to produce a bomb.

Moreover, they have recently produced uranium metal, and possess many missiles capable of carrying nuclear warheads.

So we should be very worried about the nuclear program.

Unfortunately, although Israel and the United States share a commitment not to allow Iran to obtain nuclear weapons, they do not agree on the way to move in that direction.

The Americans are still interested in bringing Iran back to the JCPOA, which will only gain something like two years, and will allow the Iranians to make legitimate progress towards having any number of nuclear weapons they choose within less than nine years. To our mind here in Israel, this is ridiculous and extremely dangerous, and we don’t see eye-to-eye with the Americans on this matter.

While Israel and the United States have managed to postpone Iran’s acquisition of a bomb by more than 15 years, this is not good enough. We haven’t managed to stop it altogether. This is something that at a certain point we might have to do—and that point is coming closer. We don’t have unlimited time before we are forced to take decisive steps in this context. And the pace at which the Iranian program is now narrowing that window even more.

What needs to happen now is effective pressure on Iran to halt its nuclear program, accompanied by a plan B that would make the price of not doing so too high for the regime. That’s what needs to be done, not going back to the JCPOA, which guarantees them everything they want in a few years. That’s not even kicking the can down the road, because with every kick, this can get bigger and more explosive. That’s why Israel keeps saying we are not going to be a part of the JCPOA. We will take the necessary steps to protect ourselves and prevent Iran from having the capability to produce nuclear weapons.

The other element Israel must worry about talking about Iran is the ongoing effort of the Iranians to entrench their forces in Syria and turn that country into a base from which they can operate against Israel, and at the same time deliver advanced weaponry to Hezbollah in Lebanon. That is something that Israel has been working every day to prevent, with efforts to hit Iranian targets in Syria and Iranian shipments of arms to Hezbollah. Fortunately, in Syria we have developed rules of engagement that allow us to operate there with only limited repercussions. 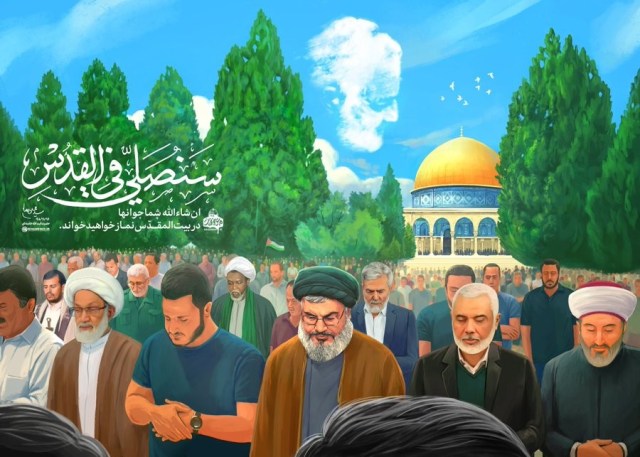 A painting posted by Iran’s Supreme Leader Khamenei showing “Jerusalem’s liberators” on the Id al-Fitr holiday. Hamas’s Ismael Haniyeh is in the first row, second from the right, between Hezbollah’s Hassan Nasrallah and, presumably, Palestinian Imam Ekrima Sabri, the former grand mufti of Jerusalem. Behind Nasrallah is Ziad Nakhala, head of Palestinian Islamic Jihad. They stand beneath a heavenly cloud in the shape of slain Iranian general Qassem Soleimani.

The Iranians have nevertheless managed to make progress in strengthening their allies—but have done it much slower than they wished because of Israel’s activities.

We must also worry about escalation with Hezbollah, which has up to 150,000 rockets and operates advanced UAVs. And it’s not only Hezbollah. Hamas and the Palestinian Islamic Jihad are also receiving Iranian support to improve their military capabilities. They boast about it constantly.

Just imagine what’s going to happen if the Iranians reenter the JCPOA and get all the money that awaits them—tens of billions of dollars. Israel is very concerned about that. It realizes that everything it does in this “campaign between wars” is important in slowing down the Iranians’ progress but ultimately will not succeed in stopping it altogether.

The Palestinians understand that Israel is not willing to use force in order to rearrange the situation, especially not against Gaza. We saw this in “Operation Guardian of the Walls” in May 2021, where the option of taking really severe measures against Hamas was not on the agenda for Israel. 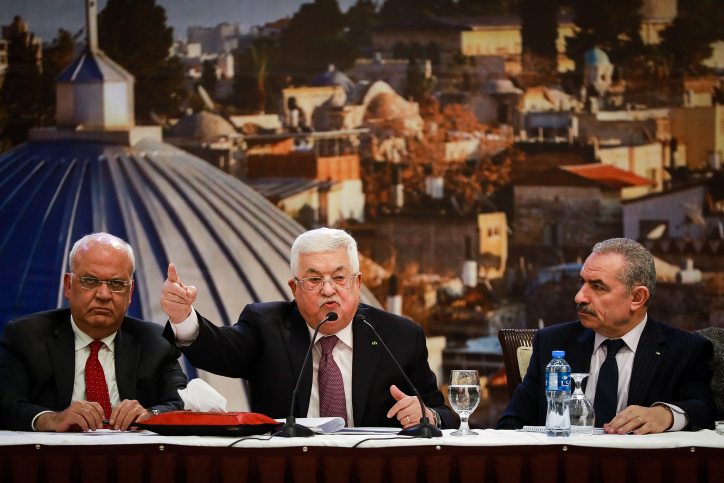 Israel has been facing an increase in the number of Palestinian terror attacks in the last couple of months. These attacks have taken place in areas inside the Green Line, and this has had a very important impact on the sense of security of Israelis. It forced Israel to respond in new ways.

Israel embarked on “Operation Breakwater,” which is being carried out mainly in the Jenin area and the northern part of Judea and Samaria (the West Bank). It is in this context that Al Jazeera reporter Shireen Abu Akleh lost her life. The Palestinians take advantage of this death to wage a campaign of delegitimization against Israel in the international arena.

In Gaza, the Hamas leadership is heating up the situation by making all kinds of threats, however, it is doubtful they mean to put Gaza in harm’s way. The situation there is still very problematic from their point of view. 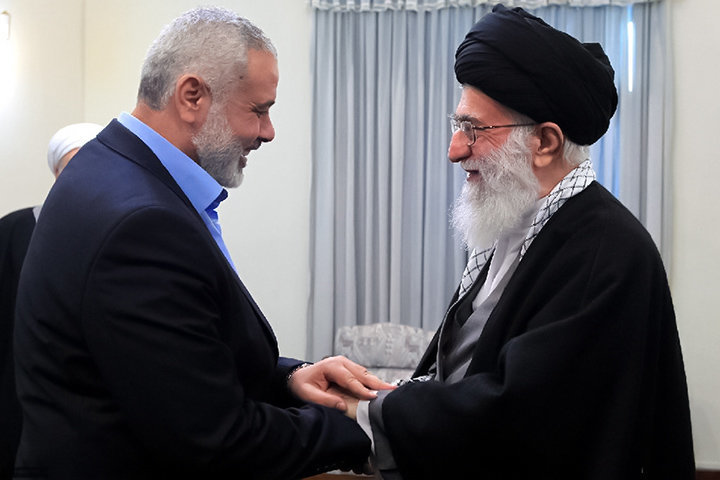 They haven’t reconstructed the damage done in the war last year. Israel is giving Gazans more permits than ever to work in Israel. So there is resentment among these Gaza citizens to see another war brewing. Hamas would prefer to see the situation somehow kept within the confines of Jerusalem and the Israeli Arabs and Judea and Samaria. They would like to see more terrorists coming from there, and not involving them directly.

That said, an escalation with Gaza can still happen. We have to be prepared for that. Because this feeling on Hamas’s part that Israel is not going to really take measures against it makes it much more self-confident and allows it to come up with more extreme threats against Israel.

Perhaps the most disturbing issue that’s happening in Israel is the rise of Palestinian nationalistic feelings and religious Islamic feelings among the Israeli Arabs. The Arabs living in Israel don’t take to the streets because they have economic difficulties. This is a very minor element in the equation. Israel is now thinking about establishing a national guard specifically to deal with this matter.

The international effort to demonize Israel

The campaign being waged in the wake of the death of the Al-Jazeera reporter highlights an additional area in which Israel is challenged, namely, the international effort to demonize and to delegitimize it. We see this not only from both the Palestinian Authority and Hamas and its allies, but also from many radical left-wing groups around the world.

Israel is most concerned in this respect with what’s going on in the United States because voices coming from the extreme left wing of the Democratic Party are trying to question the special relationship between Israel and the United States, which is a very important element in our national security. So we have to make sure that this relationship is maintained and we have to take steps to assure this right now.

Taken together, these elements form a very challenging environment for Israel.

This article is based on his live online briefing to the Australia/Israel & Jewish Affairs Council (AIJAC) on May 24, 2022, and was originally published by the Jerusalem Center for Public Affairs.