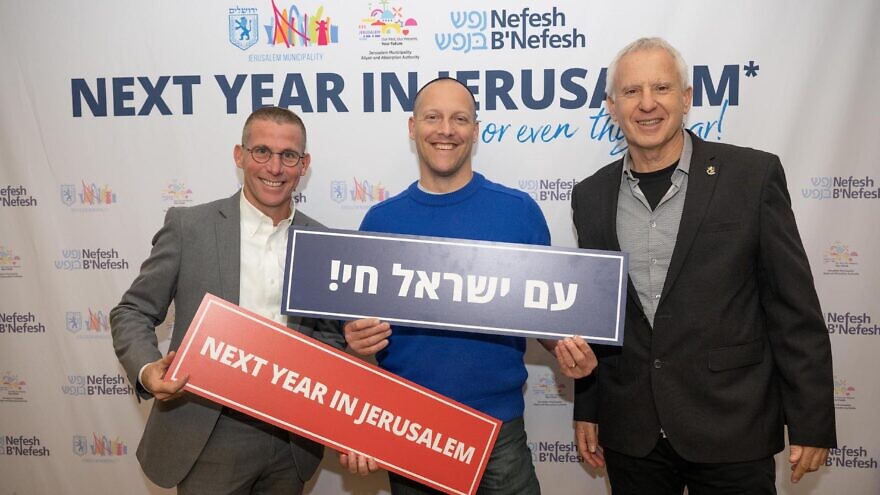 (November 17, 2022 / JNS) Jerusalem consistently ranks as the No. 1 destination of choice among olim from the United States and Canada.

Since Nefesh B’Nefesh, a nonprofit organization that facilitates aliyah from the United States, Canada and the United Kingdom, began operations in 2002, approximately 17,000 olim from North America have moved to Israel’s capital.

The Jerusalem Municipality and Nefesh B’Nefesh co-hosted a series of events this week designed to guide and assist future olim who intend to immigrate to Jerusalem.

“We are thrilled that Jerusalem remains a top destination among North American olim, and I would like to congratulate Nefesh B’Nefesh for their partnership in creating this joint initiative,” said Moshe Lion, mayor of Jerusalem.

“The Jerusalem olim community is growing and flourishing, and we must continue to nurture and invest in it. We are proud to have welcomed thousands of new olim to Jerusalem this past year and look forward to assisting many more newcomers as they begin their new lives in the State of Israel,” he said.

More than 300 potential immigrants attended the events this week in various locations, including in New York, New Jersey and Toronto. They met with designated local Jerusalem representatives and learned about aliyah topics such as employment, housing, education, community, benefits and social events.