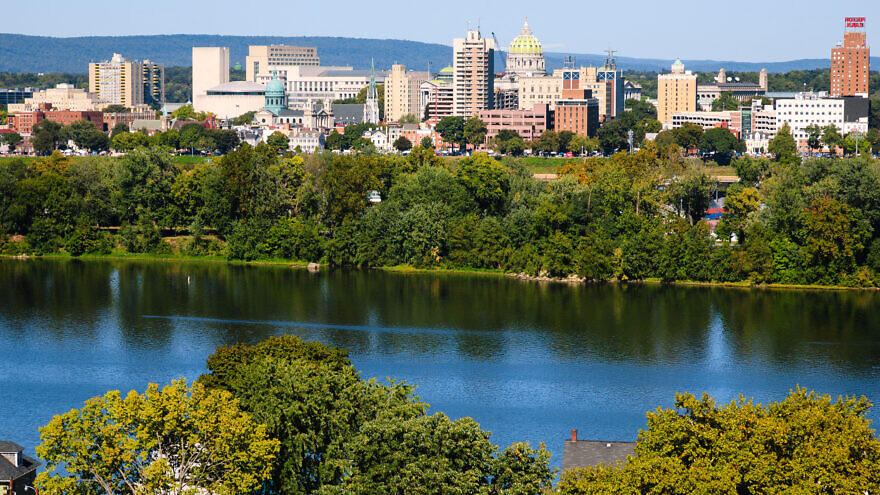 (May 19, 2022 / JNS) No winner has yet been determined to move on as the Republican nominee to run for Pennsylvania’s vacant Senate seat.

With most of the votes counted, Dr. Mehmet Oz—host of “The Dr. Oz Show,” a former cardiothoracic surgeon and professor emeritus at Columbia University—has a slight lead over retired hedge-fund manager, Army veteran and former Bush administration official David McCormick.

The final tally will come after election workers expect to finish counting absentee ballots at the end of the week, which could determine the winner but is more likely to spur an automatic recount, as the difference in votes is within the state’s margin of .5%.

Both candidates rallied their supporters late Tuesday after it became apparent that the race wouldn’t be called on election night.

McCormick said at his victory party that he felt the outpouring of support for him across the state and knew that his message “to take back this country” was working.

“So we’re not going to have results tonight,” Oz said sheepishly, alluding to the disappointment Republicans had with how long it took for Pennsylvania’s vote count to be completed in the 2020 presidential election. “When all the votes are tallied, I am confident we will win.”

Oz said his campaign is making a “ferocious charge,” and thanked his family and former President Donald Trump.

“We are such a critical part—a bellwether for this country—that when we win the battles here in Pennsylvania, it reflects on the entire country,” he said. “So if the soul of Pennsylvania is thriving and healthy, so would the soul of the nation.”

Despite Oz remaining a tad ahead on Wednesday, McCormick can make up the votes if more of the absentee ballots go for him. Much of them are yet to be counted in counties where he defeated Oz, including around his stronghold surrounding Pittsburgh.

“I’d say that it’s pretty ironic that, if McCormick ends up winning, it would be because of his performance with the absentee votes, since Republicans have grown so suspicious of non-Election Day voting,” said J. Miles Coleman, associate editor of Professor Larry Sabato’s “Sabato’s Crystal Ball” at the University of Virginia Center for Politics.

The late charge by little-known candidate, author and political commentator Kathy Barnette did not pan out as expected, with Barnette receiving 24.7% of the vote. Polls in the final weeks before the race showed Barnette surging to where she was statistically tied to Oz, who appeared to be the frontrunner after being endorsed by Trump in April.

“Barnette’s showing was pretty underwhelming, considering what her polling was—she was like [State Sen.] Matt Dolan a few weeks ago in Ohio, who seemed to have the ‘momentum,’ but it just wasn’t enough to seal the deal,” said Coleman.

The results of the primaries were much clearer on the Democratic side.

Fetterman was unable to attend his own victory party as he was still recovering in a hospital after having a stroke on May 13. His wife, Gisele Barreto Fetterman, spoke on his behalf.

“At heart, he’s still that hardworking, scrappy, small-town mayor. He wants to know the people he’s serving. He feels a responsibility to each and every one of them. And he fights for people like he fights for a neighbor, like he fights for his family,” she said. “That is what makes them different. And that is what makes them tough enough to fight for Pennsylvania. He did it in Braddock, he did it in Harrisburg, and now he’s going to do the same thing in Washington.” 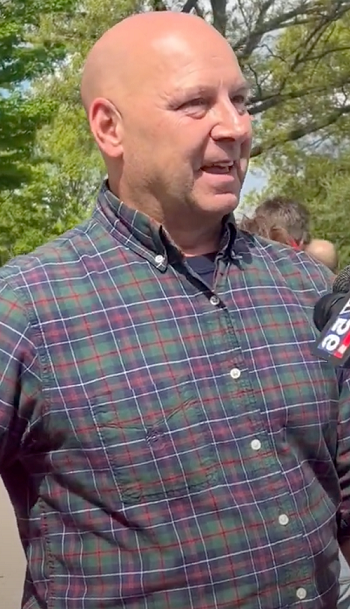 Doug Mastriano campaigning for governor of Pennsylvina in Wilkes-Barre, Pa., on May 13, 2022. Credit: Times Leader Video via Wikimedia Commons.

“Pennsylvania’s open Senate seat presents one of the best pick-up opportunities for Democrats in this critical midterm election year, and Lt. Gov. Fetterman has proven he will fight fiercely to reduce economic inequality, reform our criminal justice system, advocate for women’s rights, and support a strong U.S.-Israel relationship,” Mellman said in the release. “Lt. Gov. Fetterman is a proud pro-Israel progressive, and we are confident he has the qualifications, experience and character necessary to appeal to all Pennsylvanians to defeat whichever extreme, anti-democratic, Trump-supporting candidate the Republicans nominate—and we look forward to helping him win in November.”

In a statement, U.S. President Joe Biden said Fetterman understands the working-class families of Pennsylvania “that have been dealt out for far too long.”

“It’s time to deal them back in, and electing John to the United States Senate would be a big step forward for Pennsylvania’s working people. Democrats are united around John, who is a strong nominee, will run a tough race, and can win in November,” wrote Biden. “And while we await the results of the GOP primary, one thing is clear—these candidates are not your father’s GOP. They have fought a malicious, chaotic primary campaign to be the most extreme. And they have shown people their authentic selves—that whoever emerges will be too dangerous, too craven, and too extreme to represent Pennsylvania in the United States Senate.”

Election analysts expect whoever the Republican nominee for Senate to be to have an early advantage in the race as the party which holds the White House has traditionally underperformed in midterms. The Democrats control both chambers of Congress, the White House, as well as Pennsylvania’s governorship.

But Democrats are looking towards another major race in the general election, which if the Democrat wins, could boost the chances of other Democrats down the ballot—the race for governor.

On the Democratic side, Attorney General Josh Shapiro took the nomination uncontested, spending the primaries shoring up his support and funding while the Republicans brutally fought each other for the nomination.

In the end, the Trump-backed State Sen. Doug Mastriano, an Army veteran who has been called too conservative even by members of his own party and has consistently questioned the results of the 2020 presidential election, took the nomination with 43.9% of the vote to the runner-up, former Republican Congressman Lou Barletta’s 20.3%, and former U.S. attorney Bill McSwain with 15.7% in a nine-person race.

Mastriano’s history of endorsing far-right conspiracies, including QAnon and calling himself a Christian Nationalist, has even some Republicans saying that he is too extreme of a candidate to win the gubernatorial election. Democrats agree and are pressing the differences between Mastriano and the Jewish Shapiro in the general election.

“The governor in Pennsylvania appoints the secretary of state to oversee elections. Mastriano would likely appoint someone devoted to Trump’s Big Lie. If he’s governor in 2024 and Dems win [there], they’ll refuse to certify the electoral college results,” the Jewish Democratic Council of America said in a statement on its Facebook page on Wednesday, vowing to do everything in their power to elect Shapiro.