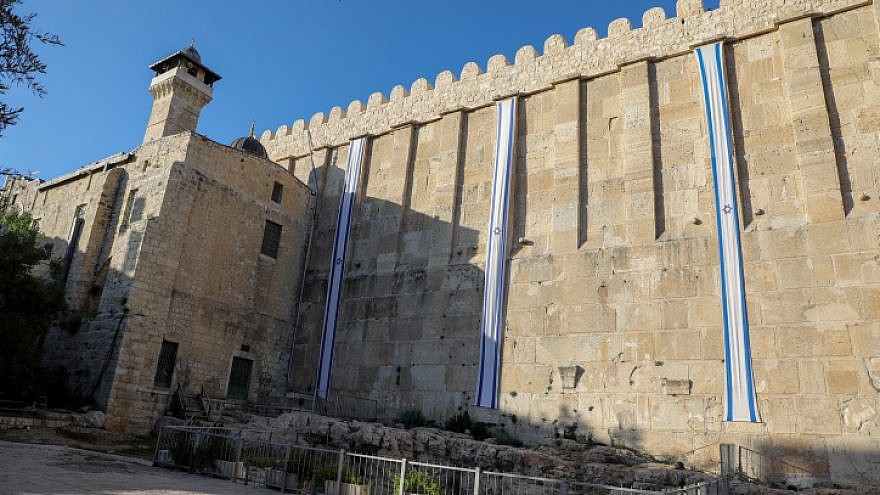 Israeli flags hangs on the walls of the Cave of the Patriarchs for Israel's 71st Independence Day, in the West Bank city of Hebron, May 8, 2019. Photo by Gershon Elinson/Flash90.
Spread the word.
Help JNS grow!
Share now:

(February 16, 2020 / JNS) Israeli Border Police arrested a Palestinian Arab suspect on Sunday after he reportedly refused a security check and attacked an officer.

Police found a knife on the suspect. No casualties were reported.

In response to the attack, Hebron Jewish Community spokesman Yishai Fleisher said, “We continue to be vigilant against terror, and look forward to Israeli sovereignty over the Tomb of the Patriarchs and Matriarchs, which will fully normalize the Jewish presence here and keep the tomb open for millions of tourists from around the world who want to connect to the heritage of Abraham in safety and security.”