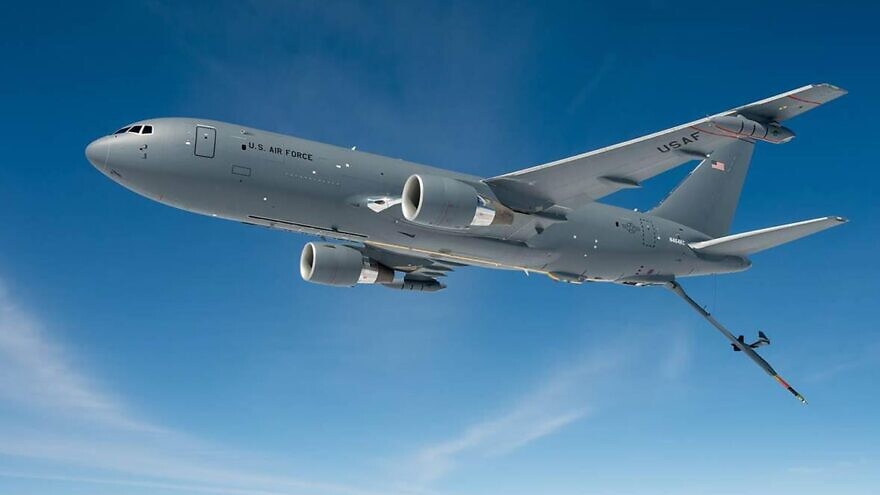 CENTCOM spokesman Col. Joe Buccino said a U.S. Air Force refueling tanker had conducted a “dry refueling mission” with American and Israeli jets, but that it was “not tied to” Israel’s ongoing “Chariots of Fire” exercise, which began earlier this month, The War Zone online magazine reported on May 18.

According to Buccino, the fuel tankers simulated refueling two U.S. F-15s and four Israeli F-16s, but that the timing of the refueling exercise was coincidental.

“There is no direct U.S. military involvement in that exercise,” Buccino said, referring to “Chariots of Fire.”

Pentagon spokesman Maj. Rob Lodewick also denied that the Department of Defense was “directly participating” in the exercise, according to the report.

“A small number of personnel from across U.S. Central Command are observing portions of the exercise,” Lodewick added.

On May 17, Channel 13 reported that as part of the month-long “Chariots of Fire” drill, Israeli fighter jets would simulate a strike on Iran together with U.S. mid-air refueling planes.

On May 18, IDF Chief of Staff Lt. Gen. Aviv Kochavi led an honor guard at IDF headquarters in Tel Aviv to receive the new commander of CENTCOM, Maj. Gen. Michael Kurilla, on his first official visit to Israel.

On May 19, U.S. Secretary of Defense Lloyd Austin met with Israeli Defense Minister Benny Gantz, who is on an official state visit to Washington.

According to the Pentagon’s readout of the meeting, Austin “reiterated the United States’ ironclad commitment to Israel’s security and to maintaining Israel’s qualitative military edge.”

The two also discussed ways to stop Iran from obtaining a nuclear weapon and addressed Iran’s destabilizing actions throughout the region.