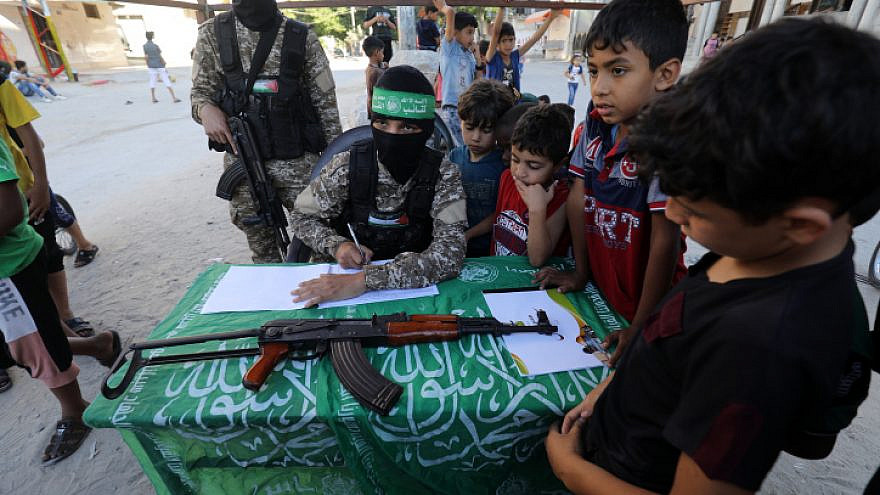 (June 16, 2021 / JNS) Palestinian attitudes have undergone a “paradigm shift” in favor of Hamas, according to a new study.

The survey, conducted by the Palestinian Center for Policy and Survey Research, found that 53 percent of Palestinians now agree with the statement “Hamas is most deserving of representing and leading the Palestinian people,” versus only 14 percent who say the same of Fatah, led by Palestinian Authority leader Mahmoud Abbas.

The poll was conducted in Judea, Samaria and the Gaza Strip between June 9-12. The sample size was 1,200 adults interviewed face-to-face in 120 random locations. The margin of error was given as 3 percent.

The study also found the “overwhelming majority of Palestinians” (77 percent) believe that Hamas won the recent conflict with Israel. Eighteen percent said neither side won, and 2 percent said both won. Only 1 percent believed Israel had emerged the victor.

Seventy-two percent of respondents believed Hamas’s claim that it had launched its May 10 attack on Israel to defend Jerusalem and the Al-Aqsa mosque. Nine percent said it was a protest against the cancellation by Abbas of the Palestinian parliamentary elections. Sixty-five percent thought Hamas achieved its goal, described by the poll as ending Israeli restrictions on Muslim access to Al-Aqsa and stopping the expulsion of Arab families from the Jerusalem neighborhood of Sheikh Jarrah.