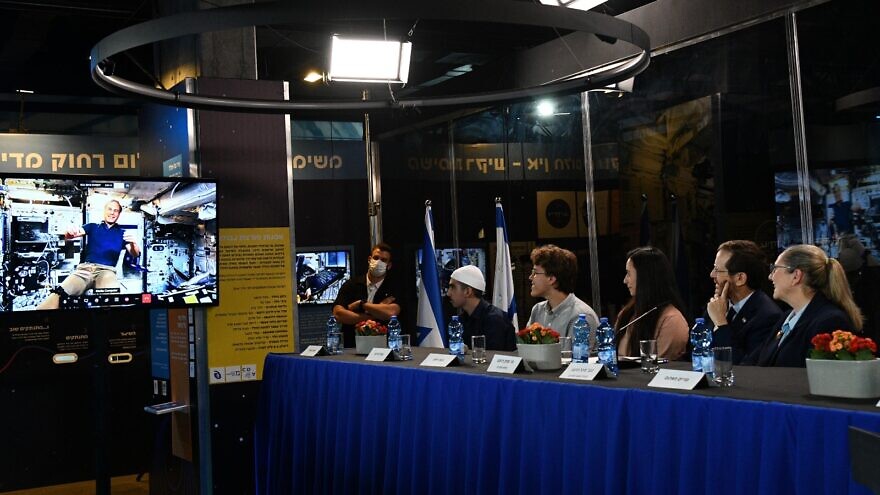 Stibbe, a businessman and former Israeli Air Force fighter pilot, on Sunday became not only the second Israeli to go to space but the first to board the ISS, after the SpaceX module carrying him and the three other members of Axios Mission 1 (Ax-1) successfully docked with the station.

“During these difficult times on the ground, this project, the exciting launch and experience that the whole House of Israel is watching, is a point of light in the sky,” Herzog told Stibbe, according to a statement from Herzog’s office.

“These are moments that fill us with inspiration and excitement. And certainly in days when we have seen so many points of darkness and pain here in Tel Aviv, this is also an opportunity to console the bereaved families, to express our pain and to say, life continues with full force,” he stated. “We do not surrender to terror or anything else—not when it strikes us on the streets of Tel Aviv or anywhere else in the country, and of course not when it strikes holy sites such as Joseph’s Tomb. Nothing can challenge our existence here, or our commitment.”

Stibbe, 64, is scheduled to spend 10 days in orbit with his team, during which time he will complete 35 experiments.

The Rakia Mission, which launched Stibbe to the International Space Station as part of the Ax-1 crew, is led by the Ramon Foundation in collaboration with the Israel Space Agency and the Israeli Ministry of Innovation, Science, and Technology.

During the video call, Stibbe showed Herzog a copy of the official prayer for the State of Israel that the Israeli president had given him before his departure, according to the statement.

“The prayer, composed by the president’s grandfather, Israel’s first chief rabbi, Isaac Halevi Herzog, was presented to the astronaut inscribed in the rabbi’s own hand on a glass cube,” it stated.