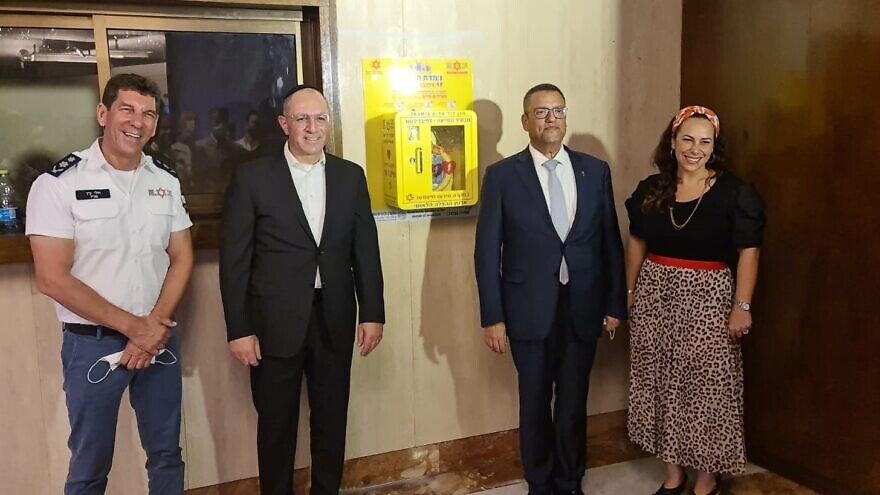 (August 23, 2021 / JNS) Magen David Adom has been prioritizing the task of placing defibrillators in public spaces throughout Israel this year. Already, thousands have been installed around the country, including hundreds to be added in Jerusalem synagogues before Rosh Hashanah.

Defibrillators can be operated without medical training and are intended to save lives in the event of a heart attack until emergency crews arrive.

The operation comes as the result of a joint initiative by MDA director-general Eli Bin and Jerusalem Mayor Moshe Lion. The Jerusalem Defibrillator Project was launched this month at the Jerusalem Great Synagogue, the city’s largest and most central synagogue, as a result of support from American and international donors.

During the ceremony, a 38-year-old Jerusalem resident and father of five shared his personal story of resuscitation; he received 12 electric shocks to save his life. As soon as he stepped off the stage, Eckstein announced the Fellowship’s donation of another 230 devices to additional synagogues in Jerusalem.

“A defibrillator is often the difference between life and death,” she said. “We are grateful to our more than 600,000 donors around the world who are making it possible to save and improve the lives of hundreds of thousands of Israelis and Jews in the Diaspora.”