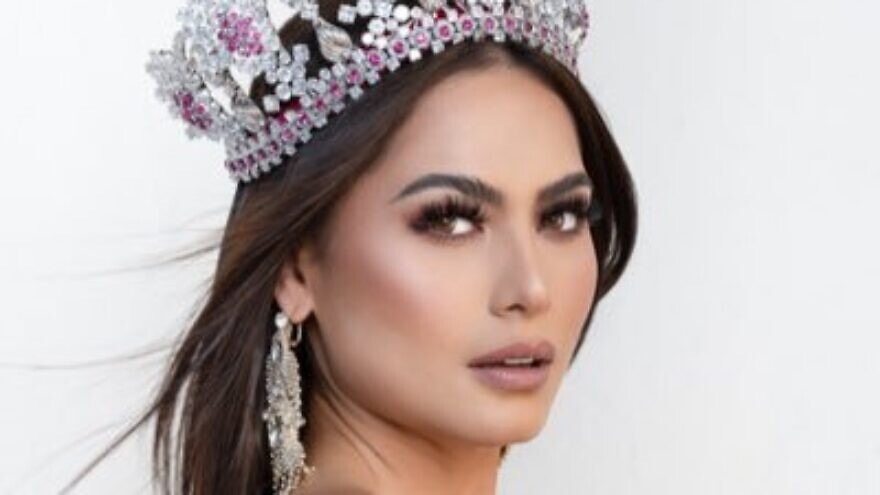 (November 18, 2021 / JNS) The reigning “Miss Universe” came out on Wednesday against the pressure on contestants to boycott the beauty pageant, which is being held for the first time in Israel next month.

“It’s just about embracing other women,” said the 27-year-old Meza, who is slated to hand over her crown to the winner of the 70th “Miss Universe” pageant in Eilat on Dec. 12.

The Palestinian Campaign for the Academic and Cultural Boycott of Israel, a founding member of the BDS movement, has been calling on contestants to “do no harm to our struggle for freedom, justice and equality by withdrawing from the pageant.”

The South African government withdrew its support for its contestant, Lalela Mswane, because she refuses to abide by an Israel boycott.

“The atrocities committed by Israel against Palestinians are well documented,” the government said in a statement, according to AP, adding that it “cannot in good conscience associate itself with such.”

Mswane, who was crowned Miss South Africa in late October, has been facing online harassment since tweeting on Nov. 2 that she is “looking forward” to the event.

“There is a stirring in my soul; a restless, a wild anticipation. I am staring out into the horizon as far as I can,” she wrote.

The post has been receiving hostile comments under the hashtags #NotMyMissSouthAfrica, “#freepalestine” and “#boycottisrael.” Many Twitter users also posted the emoji of the Palestinian flag and called for a boycott of the entire pageant.