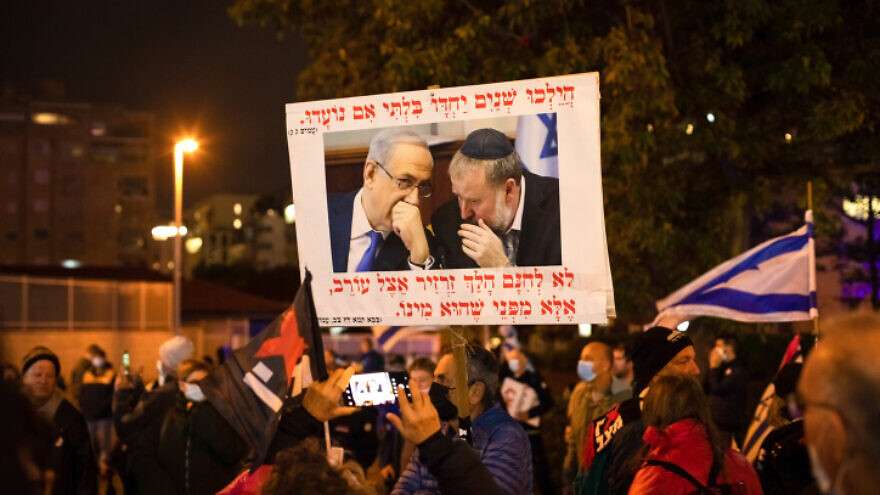 Although an official decision has not yet been made, based on remarks by Netanyahu’s associates the affair is likely to be put to an end before Mandelblit retires on Feb. 1, according to the reports.

Mandelblit also reportedly consulted with former Supreme Court president Aharon Barak, who encouraged him to pursue the plea deal only if Netanyahu agrees that his actions will be designated “moral turpitude,” barring him from public office for seven years.

Last week, coalition members expressed worry that the government might not be able to stay together if such a deal is signed.

“Netanyahu is the glue holding this government together,” one coalition official said on Thursday. “The New Hope people who said ‘Anyone but Bibi’ will have a hard time explaining why, if Netanyahu leaves the game, they continue to sit with the left. The pressure on the Yamina members is very heavy, too.

“It’s not an exaggeration to say that if Netanyahu leaves, the government could fall apart shortly thereafter. The moment Netanyahu leaves, it’s a new game. Everything will be open. Each political player will have a lot of possibilities,” the official said.

If Netanyahu exits politics, his Likud Party will have 21 days to elect a temporary leader, but will likely do so much faster. Once a temporary party leader has been chosen, the party has 90 days to hold a primary election. During those 90 days, the temporary leader could negotiate an alternative government.

Meanwhile, some 2,000 people gathered outside Mandelblit’s home in Petah Tikva on Saturday to protest against offering Netanyahu such a plea bargain, claiming that such a deal would “undermine public faith in the legal system.”

Yehuda Shlezinger contributed to this report.