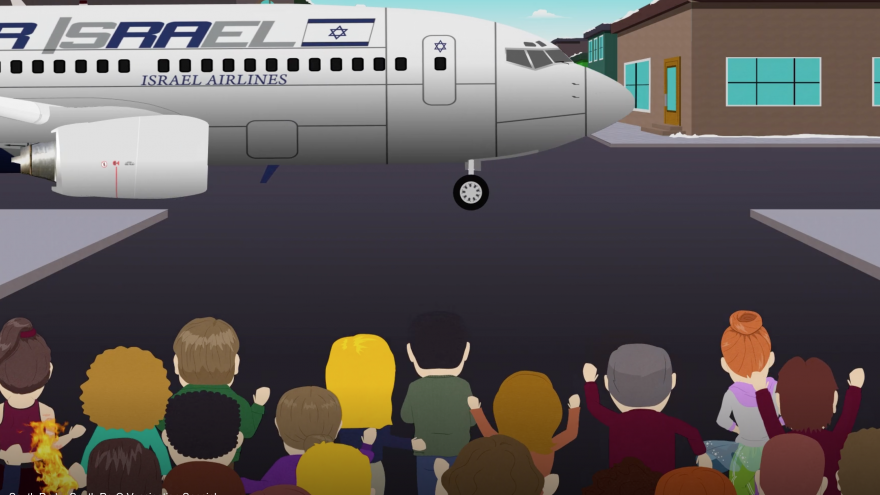 (March 11, 2021 / JNS) Just weeks after “Saturday Night Live” aired a “news” segment that said Israel was only vaccinating the “Jewish half” of the country, another comedic television program, “South Park,” is being praised for its take on Israel’s vaccination program.

“Hey NBCSNL, this is how you do pandemic humor when it comes to Israel,” tweeted Gilad Erdan, Israel’s ambassador to the United States and the United Nations, with a clip from the cartoon.

In the episode “South ParQ Vaccination Special,” which launched on Wednesday, characters are seen trying to get a COVID-19 vaccination. One man who is tired of waiting says that “you now in Israel they vaccinate everybody. Israel is way cooler than this lame place,” to which he is told, “so then go to Israel.”

Later in the episode, an “Israel Airlines” plane lands in front of the “South Park” school. When the doors open, a man starts throwing out boxes full of the vaccine. Characters, including one wearing a yarmulke, are then seen injecting themselves with the vaccine.

The episode caught the attention of Israeli Prime Minister Benjamin Netanyahu, who posted about it on Instagram, noting in Hebrew that even “South Park” knows the Jewish state is coming back to life.