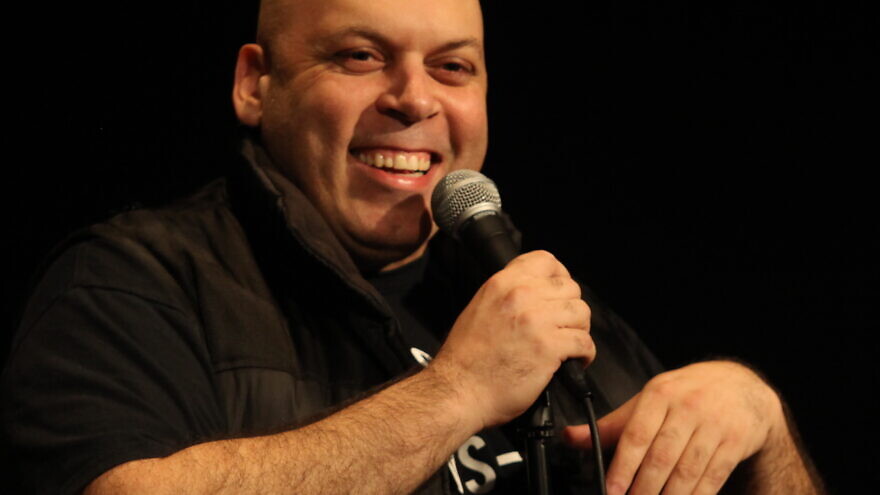 “Does #BDS ‘single out’ #Israel in the face of other global atrocities? YES! Because it was started by us Palestinians! I don’t know why everyone is so shocked that Palestinians are obsessed [sic] with our oppressor. #FreePalestine #Palestine,” he tweeted in July, reported The Washington Free Beacon.

In February 2016, Zahr published an open letter to superstar singer Beyoncé, condemning her decision to perform in Tel Aviv: “So, Beyoncé, Bey, habibti, I’m asking you not to do it. Israel doesn’t wear a halo. She’s a naughty girl. She doesn’t even pay her own bills, bills, bills.”

He added that Israel is a “nation that has routinely discriminated against black individuals, destroying blood donated by Ethiopian Jews, injecting their women with contraceptives without their consent, and expelling thousands of African asylum-seekers.”

The following July, Zahr tweeted that then-Democratic presidential candidate and former U.S. Secretary of State Hillary Clinton “should be on the #BDS list. Supporting her is a form of normalization. Voting for her is like buying Sabra hummus. #FreePalestine.”

In May 2017, Zahr tweeted, “Zionists say the explusion [sic] of Palestinians in 1948 AD is justified by a biblical promise in 1948 B.C. Sounds like Jewish jihad to me.”

Zionists say the explusion of Palestinians in 1948 AD is justified by a biblical promise in 1948 B.C. Sounds like Jewish jihad to me.

Zahr has expressed support for Zahra Billoo, who resigned in September from the Women’s March board for her history of making anti-Semitic remarks, including applauding Hamas’s terrorist attacks against Israel.

“Zahra is a principled civil rights leader, and she is never shy or ashamed to highlight the suffering of the ‘Palestinians and the atrocities of the Israeli state,’ ” tweeted Zahr in September.

Zahra is a principled civil rights leader, and she is never shy or ashamed to highlight the suffering of the Palestinians and the atrocities of the Israeli state. #IStandWithZahra @zbilloo… from Instagram (https://t.co/Kq0pGNSMH8) pic.twitter.com/3kKbHJfmPa

Finally, he accused U.S. President Donald Trump of holding “a KKK rally” in July when the president was at an event for his supporters.

The Sanders’s campaign did not immediately respond to a request for comment.

“It’s deeply disturbing to find a candidate who claims to be ‘100% pro-Israel,’ opposed to BDS and a fighter against anti-Semitism surrounding himself with a number of surrogates and endorsers who hate Israel, support BDS and have repeatedly made anti-Semitic statements,” said Democratic Majority for Israel president and CEO Mark Mellman. “We privately communicated our concern about some of his choices directly to Sen. Sanders, beginning with his naming of noted anti-Semite Linda Sarsour as an official surrogate. Unfortunately, the only responses we have received from the senator are more hostile choices on his part.”

“Unfortunately, this is par for the course for the modern Democrat Party. Democrats are so busy pandering to the anti-Israel, anti-Semitic left-wing progressives that they will throw Jews under the bus,” Republican Jewish Coalition spokesperson Neil Strauss told JNS. “Amer Zahr is unrefutably an anti-Semite. It doesn’t matter who he works for or what candidate he supports. It can’t change what Mr. Zahr is. For Democrats to not stand up and loudly condemn this is an absolute disgrace.”