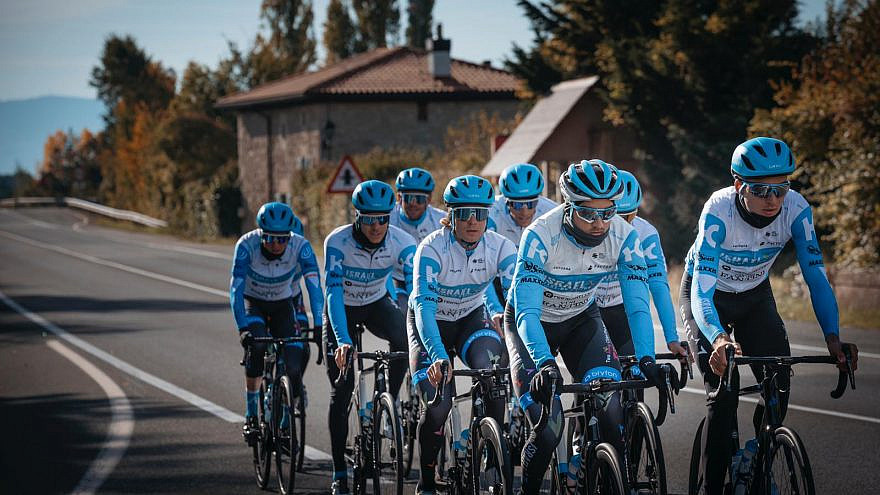 (January 28, 2021 / JNS) When Israeli Guy Niv took his bar mitzvah trip with his father to watch the Tour de France, he never imagined that he would be back 13 years later as a rider. Niv, who is now with Team Israel Start-Up Nation (ISN), is the first Israeli to complete the most well-known cycling race in the world. He recently joined the team in Girona, Spain, for a training camp and returned soon after to Israel just before Ben-Gurion International Airport shut down for a week due to the ongoing coronavirus pandemic.

Niv, who started riding as a hobby at age 10, hopes to inspire young children’s interest in biking. Despite some uncertainty about the upcoming racing season due to COVID-19, he notes, “I am really excited for the new season and to see new faces, including big names, and to work with and learn from them. My motivation is very high.”

As for his participation in general, “it was a dream come true,” he says, keeping it all in perspective. “At the end of the day, it is a bike ride. It doesn’t change who you are and what you give to the world.”

Team Israel Start-Up Nation will compete at the World Tour level—the highest level of professional cycling—for just the second season. The team recently signed four-time Tour de France winner Chris Froome, who is currently completing rehabilitation from a serious bike injury in California. Froome, 35 a Kenyan-born British cyclist, made clear in a recent virtual press conference that he is very committed to the team and to Israel. 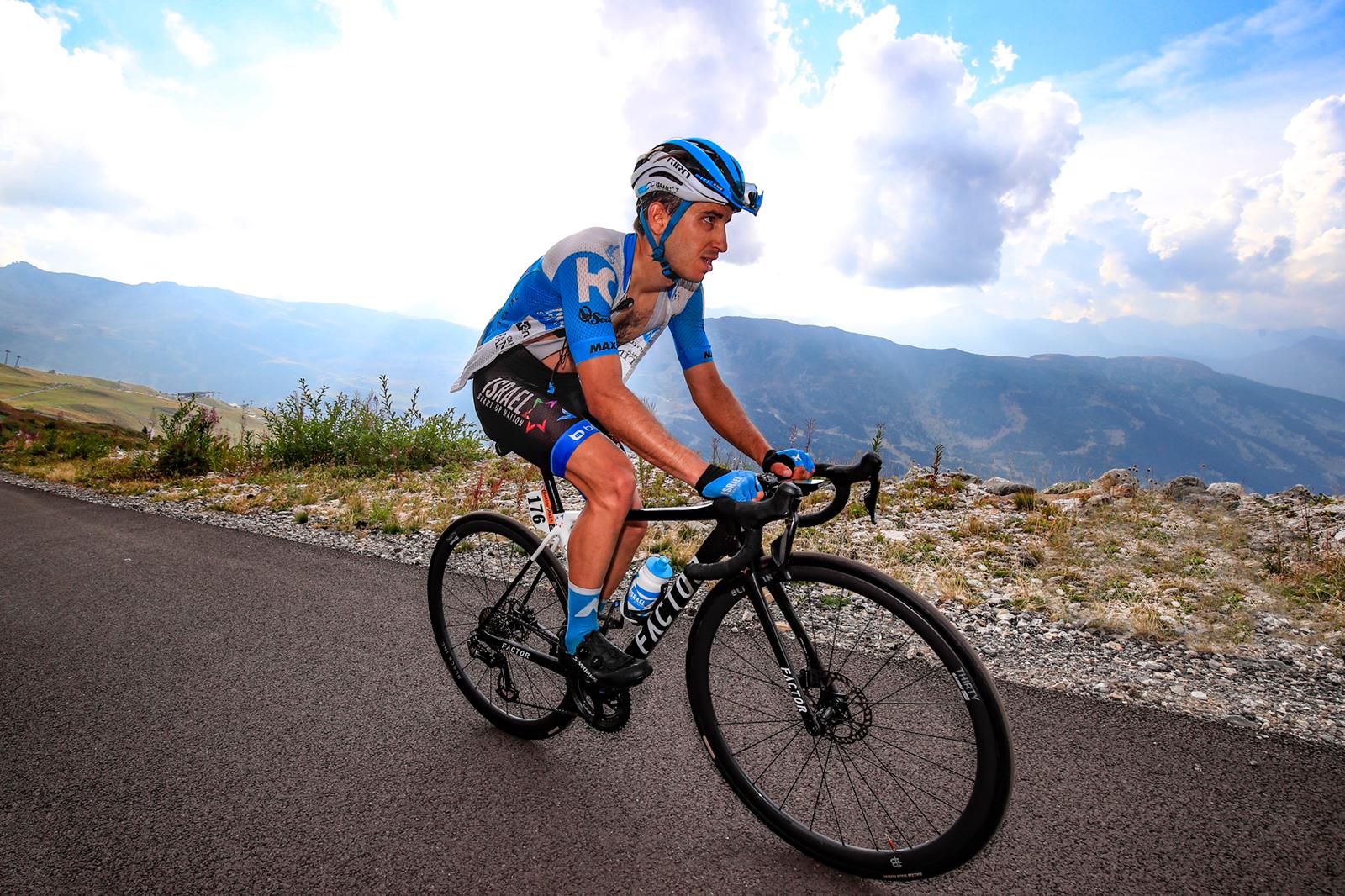 As he reports, “This is very much a long-term commitment for me. I have committed to the end of my career. I’m in to give everything I can to help the team in every way possible, as well as improve myself and get back to the top.”

Froome will now be teammates with fellow star-rider Dan Martin, who finished fourth overall in the 2020 Vuelta a Espana (one of cycling’s three Grand Tours, alongside the Tour de France and Giro d’Italia). Martin notes that he is pleased to be riding with Froome, saying “I am happy to see how the team has been strengthened; it gives me confidence. I know how much I can learn from Chris and the others. We can become a stronger team together. It’s a team effort.”

The team owes much of its success to the dedication and passion of team co-owner, Canadian-Israeli billionaire, Sylvan Adams. An avid and accomplished biker who won the 2017 World Masters Championship in Manchester, England, he is co-owner of the Israel Cycling Academy, and the visionary and funder behind the Sylvan Adams Velodrome—the first velodrome in Israel and the Middle East.

The velodrome, a cycle-racing track and a Tel Aviv architectural wonder located near the Hadar Yosef Athletic Stadium, was inaugurated in 2018. That happened just before Israel hosted the 101st Giro d’Italia bike race—the first time it ever took place outside of Europe. Adams reportedly donated $80 million for the race, in which 175 people cycled throughout Israel, including the final leg from Beersheva to Eilat.

Adams, who made aliyah five years ago from Montreal, has been at the forefront of showcasing Israel in a positive light in front of an international audience. In addition to bringing the Giro D’Italia to Israel, Adams brought soccer superstar Lionel Messi, and the national teams of Argentina and Uruguay, to Israel in November 2019 for a friendly soccer exhibition. Adams is proud of Israel and practical, always leveraging the popularity of these high-profile visitors to Israel and the extensive TV viewership around these events. “Messi has 230 million followers on social media,” notes Adams. 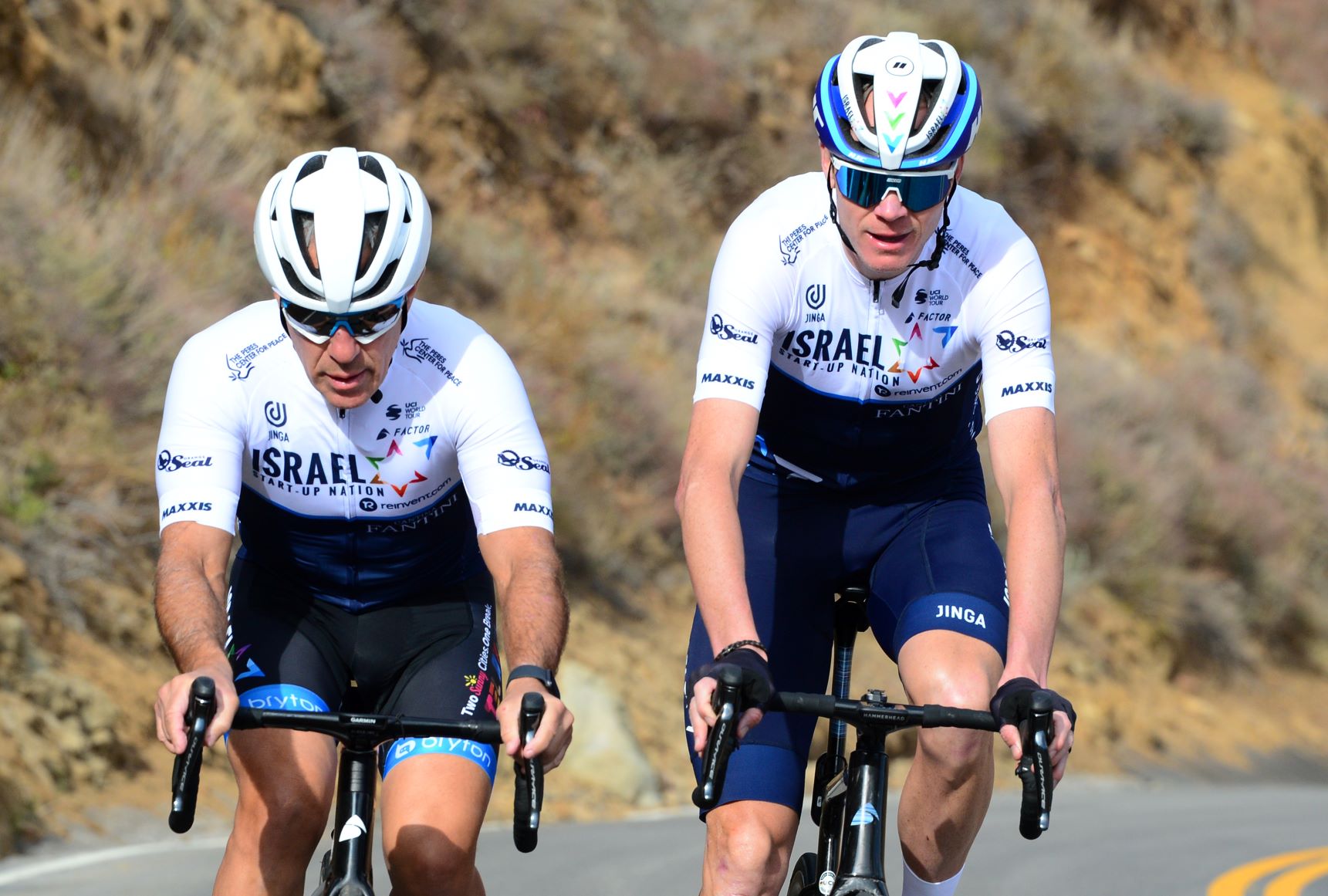 In 2018, Adams donated $5 million to SpaceIL, the nonprofit that nearly landed the first Israeli spacecraft (“Beresheet”) on the moon. And in 2019, he helped bring Madonna to Israel to perform at the Eurovision Song Contest, noting that she has “300 million music fans.”

Adams likes to say that he is engaged in “diplomacy, not politics.”

He adds, “The camera doesn’t lie. We are reaching out to show the true face of Israel.”

While his generosity is seen across many projects that promote Israel, cycling remains his true passion. And he feels strongly that Israel Start-Up Nation is “not just a cycling team, but a mission.”

In fact, he sees ISN as “the only team in the world which is the Team of the Jewish people.”

Adams adds that the project has two goals—promoting cycling in Israel and “promoting the home country.” As he elaborates, “we are representing our home country around the world with true sportsmanship and determination.”

‘We respect our cultural traditions’

The team members, who come from all over the world and are mainly not Jewish, serve as ambassadors for Israel. Adams strives to bring team members to see Israel, though this year’s January training camp was relocated to Spain due to the pandemic and travel restrictions.

Froome looks forward to his next visit to Israel. “My only experience with Israel was at the Giro d’Italia 2018, and that blew me away. It was not at all what I expected.”

When team members come to Israel, they travel to such important sites as Jerusalem’s Western Wall, the Church of the Holy Sepulcher, Yad Vashem and the bars, restaurants and beaches of Tel Aviv. “We let them see Israel, we don’t preach,” says Adams, who is confident that cyclists will speak accurately and positively about Israel as they are interviewed by media around the world.

The riders even get a taste of Israel and Jewish culture on the road; Adams takes pride in having team Shabbat dinners all around the world. “At our training camps, we do Kiddush in front of the whole team. This is in our DNA. We respect our cultural traditions. Even at the Tour de France, Guy made Kiddush, as we have as a people for 3,000 years.” 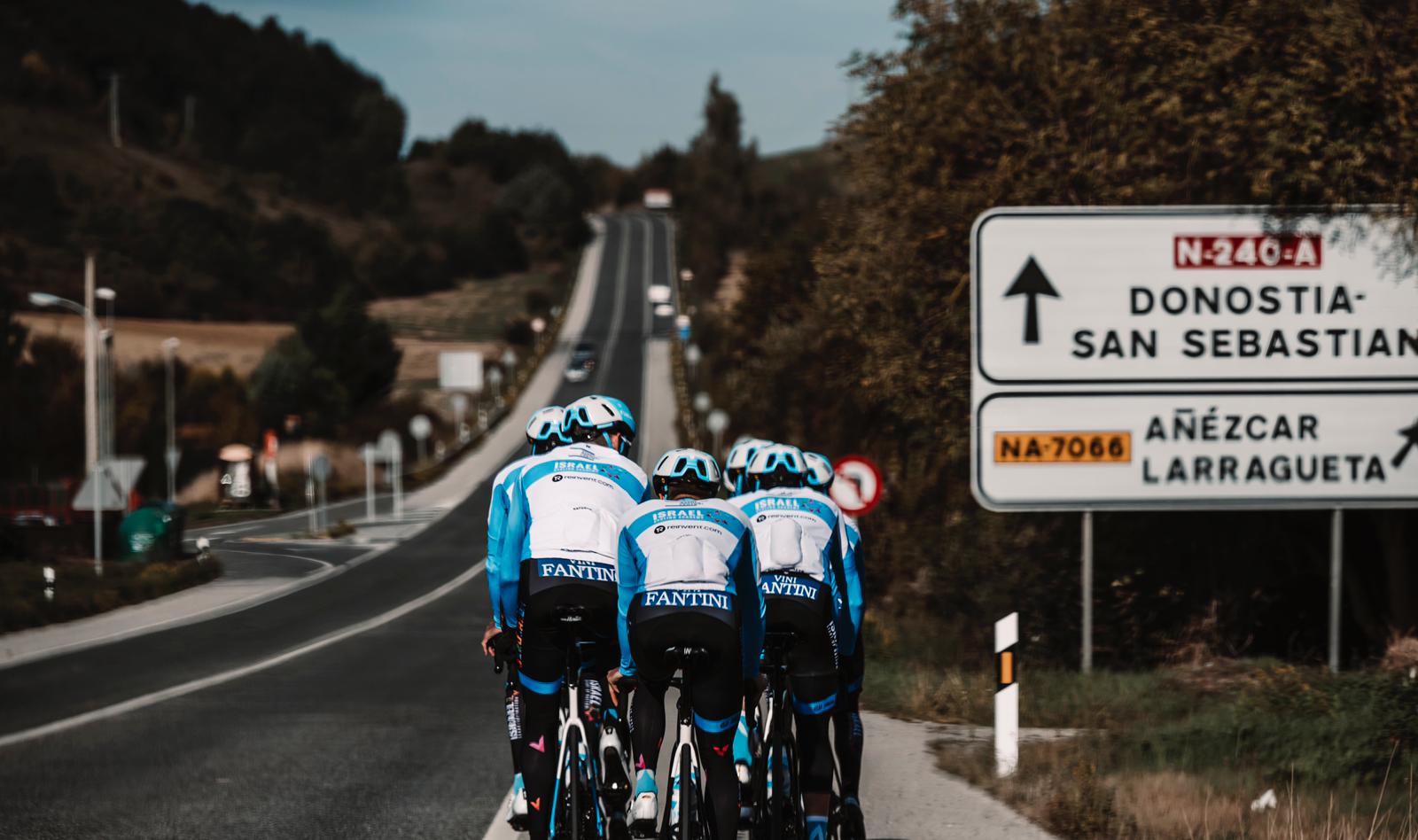 When Canadian rider, Guillaume Boivin, told family and friends in 2015 that he was planning to visit Israel, they were nervous. “I was struck by how welcoming and comfortable it was,” reports Boivan, the first rider recruited by Adams. “Tel Aviv is a fantastic city, and everyone was willing to help.”

Boivin continues to be an ambassador for Israel and hopes that his teammates will have the same experience he has had. “I think everyone should witness Israel—not just hear stories—and experience what the team means to the owners and creators.”

Adams hopes to bring new team members to Israel in the next few weeks before traveling to Dubai for the seven-day United Emirates Tour bike race from Feb. 21-27. If the pandemic cooperates, then Froome will make his debut there—in the United Arab Emirates following the recent signing of the Abraham Accords with Israel—on the world stage representing the Blue and White.