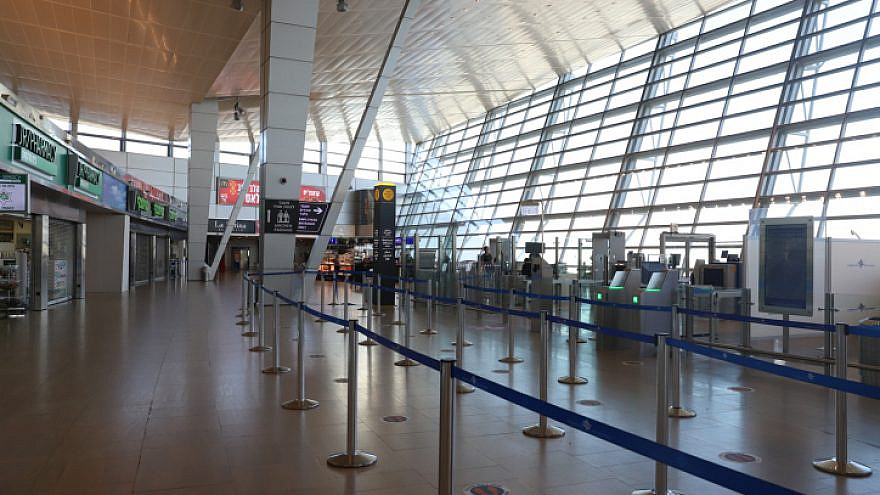 (February 1, 2021 / JNS) Israel’s Cabinet on Sunday approved extending the nationwide coronavirus lockdown for an additional five days, until 7 a.m. on Feb. 5, according to a joint statement by the Prime Minister’s Office and Health Ministry. The current lockdown expired on Jan. 31.

The Cabinet also approved extending the ban on entry to and exit from Israel’s Ben-Gurion International Airport until Feb. 7 at midnight, with allowance for exceptions “pursuant to the existing regulations,” which include isolating in designated state-sponsored quarantine hotels. An exceptions committee will be established to examine requests from Israelis who need to return to the country before the ban is lifted for “humanitarian and special reasons.”

The Cabinet is slated to reconvene on Wednesday to discuss whether the current spike in morbidity and mortality rates warrants additional extensions.

“The world has been hit very hard in the past two weeks by two mutations [of the COVID-19 virus], the British and the South African. The mortality rate in the U.K. is triple that of Israel. … The health system in many countries is on the verge of collapse. Ours in Israel is stretched to the maximum,” said Israeli Prime Minister Benjamin Netanyahu at the start of the Cabinet meeting. This, he added, was why Israel had taken the decision to shut its skies.

“We’re in a very tight race against the spread of the mutations, to vaccinate as many Israeli citizens as possible. We can [do this] thanks to the millions of vaccines that we brought and are bringing to Israel,” Netanyahu said, expressing hope that the education system and economy will be able to reopen gradually, in the event that there are “no more surprises.”

Netanyahu went on to criticize those Israelis acting with disregard for public-health directives.

“Let [me] be clear: A gathering is a gathering is a gathering. It does not matter if it is held by haredi, secular or Arab [Israelis]. Unfortunately, there are gatherings … among all of these groups. This must stop immediately, [as should] the focus on the violations of one group while ignoring the violations of others. … This is the time for unity. We must follow the rules—maintaining distance and avoiding gatherings—everywhere and in all sectors” he said.

“Here in Israel, we have proven that, despite great difficulties, we are capable of dealing with the coronavirus. We entered it together and we will exit it together,” he added.

As of Monday morning, 3,081,639 Israelis had received the first dose of Pfizer’s BioNTech COVID-19 vaccine and 1,790,486 had received the second dose. Meanwhile, the daily number of confirmed COVID-19 cases continued to rise with nearly 10 percent of the more than 54,000 tests conducted on Sunday returning positive for the virus.