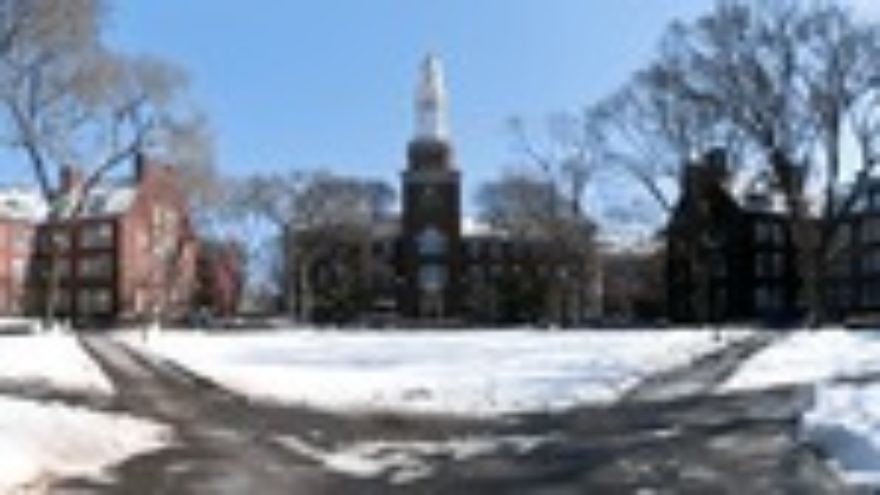 (February 18, 2013 / JNS) On Feb. 6, New York’s Brooklyn College found itself entangled in a fiery free speech fiasco that not only brought to arms both sides of the fervent debate on Israeli-Palestinian relations, but a public and somewhat personal statement by New York City Mayor Michael Bloomberg.

The “Boycott, Divestment, and Sanctions” (BDS) movement—which advocates an academic and commercial boycott on Israel as a means to brand it a criminal nation—was granted approval and funds by Brooklyn College’s political science department to host a panel delegitimizing the Jewish state, thinly veiled as a discussion of their movement’s mission.

Lectures and panels denouncing Israel as an apartheid state have frequently popped up on university speaker schedules across the country for years, so why did this particular event heat up the campus’s political climate and capture the public’s attention in such an unprecedented way?

The meritless BDS movement, which has been debunked as indefensible under international law, is most definitely not reaching a mainstream audience. Rather, a public relations win for BDS is a direct result of generally flawed tactics employed by the other side. In their continued attempt to combat anti-Israel hate speech, the pro-Israel community shouts when it should strategize.

Highlighting the whole affair was Bloomberg, who said he “couldn’t disagree more violently” with the BDS movement. Even more significantly, the mayor pointed out the ironic publicity BDS enjoyed was the very result of prominent Zionists speaking out.

“What the protesters have done is given lot of attention to the very idea they keep saying they don’t want to people to talk about,” Bloomberg said. “They just don’t think before they open their mouths.”

The first pro-Israel response came from Jewish intellectual Alan Dershowitz, who asserted Brooklyn College’s approval was very much a result of internal bias, and not derived from a love of free speech. Then came members of the New York State Assembly and City Council, including mayoral hopeful Christine Quinn, who threatened to cut Brooklyn College’s funding if the event proceeded. Assemblyman Dov Hikind warned of a “second Holocaust”. Within a week of the scheduled event, the media was awash in opinions from both sides, and the modest lecture was transformed into a divisive international issue.

Then came the protestors. While philosopher Judith Butler and Palestinian rights activist Omar Barghouti spoke in the student center, the chanting could still be heard. Dozens of police officers were stationed outside, checking attendees for weapons and monitoring the overflow. Though members of the press weren’t allowed inside, they questioned people on what they thought about the BDS movement. Most never heard even of it—until the vocal attempts to suppress it garnered worldwide attention, that is.

As a former Israel activist at UC Irvine, a campus that suffers from rampant anti-Semitism, I (Itzik Yarkoni) recall a case when pro-Israel leaders effectively responded to a similar event using restraint. “Israeli Apartheid Week”—the annual week demonizing Israel on campus that comes with heated protests and counter-protests—provides plenty of fodder for sympathetic media outlets. But one year, we chose to simply ignore it. No counter-protest, no megaphones, no crowds, and most importantly, no press.

Our muted response was in contrast to years past, when combative pro-Israel groups brought massive attention to UC Irvine, which served not only to increase numbers for the anti-Israel audience, but with the help of a biased media presence, warped the pro-Israel message into something altogether unintended.

After the BDS discussion at Brooklyn College, had campus Israel activists waited patiently to appeal to sympathizers leaving the event, they could have shared the truth about BDS’s origins as a hate-fest and ultimate path towards the destruction of the state of Israel. This would possibly change minds, or at least introduce them to a rational opposition.

This strategy—called “individual appeal”—can be effectively used with “soft-Zionists,” those who identify as supporters of the Jewish state, but lack proper historical context. The BDS website speaks for itself. Their mission statement, if carried out, logically leads to the disenfranchisement of the Jewish people without any clear indication of how it would create a lasting peace.

The other major battlefield in this war of words is online, being waged on social media platforms. Israel supporters need to ask: Who is really controlling the dialogue? Pro-Israel identifiers may be the Jewish state’s most vocal defenders on the Web, but when the message communicated is Israel’s role in the context of the BDS debacle, what that ultimately amounts to is even more PR for the BDS cause, and the tarnishing of Israel’s brand.

During the week of Feb. 6, there were thousands of Facebook messages and tweets concerning the Brooklyn College event and its associated controversies. That same week, plenty of positive news broke about Israel, hardly any of which was shared across social networks with the same intensity. Just a few examples: New York real estate firm Pinnacle Group sold $400 million NIS in Tel Aviv Bonds, the European Union denounced any calls for boycotts against Israel, and Birthright announced skateboarding and hip hop themed trips to Israel.

Even if they aren’t aware of it, Israel supporters are choosing how their country is being presented to the world: either proactively in the context of positive, productive and truthful news, or via defensive, emotionally triggered reactions to the activities of anti-Israel organizations.

It’s critical to understand that the success enjoyed by anti-Israel movements in demonizing the Jewish state is often a direct result of Zionist groups whose impassioned race to the soapbox can serve to pique the curiosity of latent audiences for hate groups. With the implementation of simple ground-level reforms, we can remind Israel haters that without our help, no one is listening.