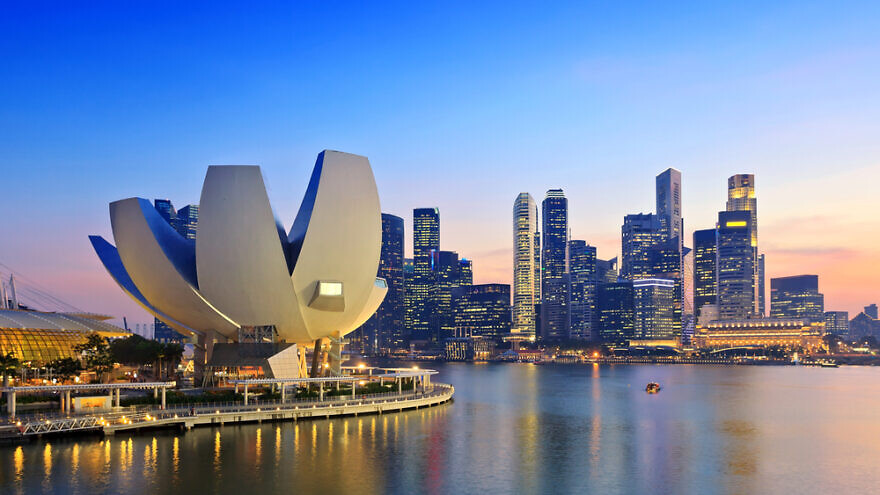 The Jews of Singapore Museum is located inside the Jacob Ballas Centre and next to the Maghain Aboth Synagogue, Asia’s second-largest and Southeast Asia’s oldest synagogue, reported The Straits Times.

Others included are pioneering surgeon Yahya Cohen; former Supreme Court Judge Joseph Grimberg; and stockbroker and philanthropist Jacob Ballas, who was a well-known figure in Singapore’s Jewish community, as well as the former chairman of the Malaysia and Singapore Stock Exchange.

“They are a reminder that greatness sometimes comes in small numbers,” said Nash Benjamin, president of the Jewish Welfare Board of Singapore, which has around 300 members.

“Singapore’s Jewish community is the oldest continuing Jewish community in Southeast Asia, which has unfortunately witnessed the disappearance of various Jewish communities, leaving behind memories of what was,” he added. “In all this, Singapore is a singular exception. We can never take this for granted.”

Singapore’s Law and Home Affairs Minister K. Shanmugam was a guest of honor at the museum’s opening on Dec. 2.

Speaking at the event, he noted that Jews have made “a tremendous contribution” to Singapore over the years. “They’ve added to the richness of our history and our society, and I’m very glad that this museum showcases the history for future generations.”