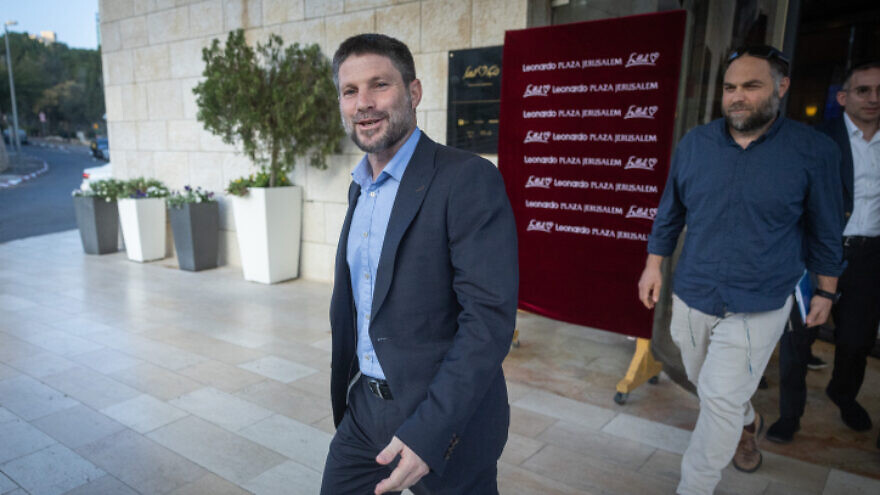 (January 12, 2023 / JNS) Israeli Finance Minister Bezalel Smotrich held a meeting on Thursday with Defense Minister Yoav Gallant and the head of the Coordinator for Government Activities in the Territories (COGAT), in a bid to delineate their respective responsibilities.

Smotrich, who also holds the post of minister in the Defense Ministry, has been tasked by Prime Minister Benjamin Netanyahu with overseeing the Civil Administration, the ministry’s body responsible for approving construction and handling other bureaucratic matters in Area C of Judea and Samaria.

On Wednesday, MK Yuli Edelstein, the chair of the Knesset’s Foreign Affairs and Defense Committee told U.S. Ambassador to Israel Tom Nides that building in Judea and Samaria would continue, despite Washington’s objections.

“I expressed to the ambassador my clear position regarding the need for construction in the areas of settlement in Judea and Samaria,” said Edelstein, a longtime resident of Gush Etzion. “The families there are developing and it’s impossible to put their lives on hold. Construction should continue,” he said, following an introductory meeting with Nides.

On Tuesday, Nides told the Kan public broadcaster that Netanyahu understands Washington’s position of maintaining the possibility of a two-state solution, in addition to its opposition to “legalizing outposts and massive settlement expansion.”

Also on Tuesday, a bill seeking to reapply Israeli criminal and various civil laws to communities located in Area C of Judea and Samaria passed its first reading in the Knesset.

The legislation seeks to renew a set of “emergency” regulations enacted in the aftermath of the 1967 Six-Day War, meant to be reapproved every five years but which were last approved in 2017.

The Law to Extend the Emergency Regulations (Judea and Samaria—Jurisdiction and Legal Aid 5727-1967) effectively applies Israeli jurisdiction to citizens living in Judea and Samaria, including as it relates to obligations such as paying taxes and fulfilling mandatory military service as well as the extension of rights such as national and state health insurance.

Ahead of its swearing-in last month, Israel’s government published a list of policy guidelines that includes a vow to promote settlement throughout the country.