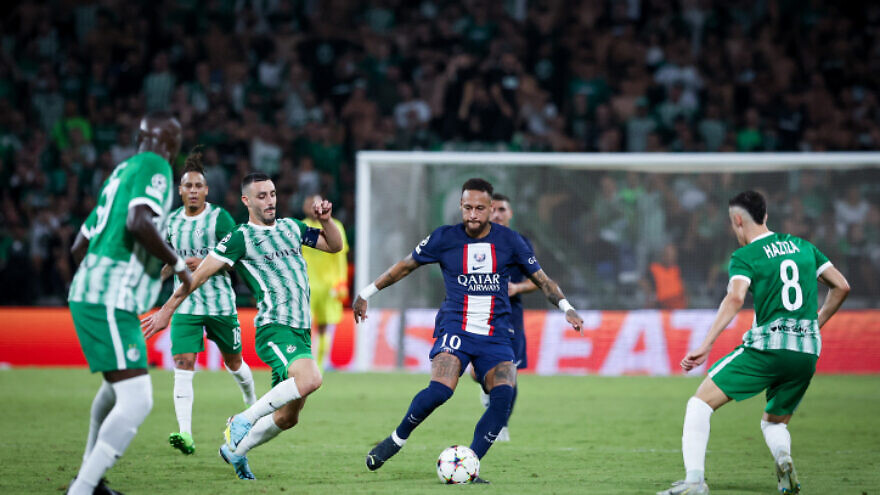 The Israeli team scored first on a goal by Suriname international Tjaronn Chery in the 24th minute. Haifa soon appeared to go up 2-0 when Haitian international Frantzdy Pierrot put the ball over the line, but he was called offsides.

Starting at 37 minutes into the match the French Ligue 1 title holders found the back of the net three unanswered times with tallies by Lionel Messi, Kylian Mbappé and Neymar.

The Israeli soccer club entered the Champions League group stage for the third time in its history—and the first since 2010—after defeating Serbia’s Red Star Belgrade at Sammy Ofer Stadium last month.

The win puts PSG at the top of Group H in the European tournament on goals scored above Benfica, which won 2-1 at Juventus after beating Maccabi Haifa 2-0 last week in Lisbon.

Haifa, ranked lowest of the 64 teams in the group stage, will face Juventus in Turin on October 5.

The top two teams in Group H will advance to the round of 16, a round that no Israeli team has ever reached.