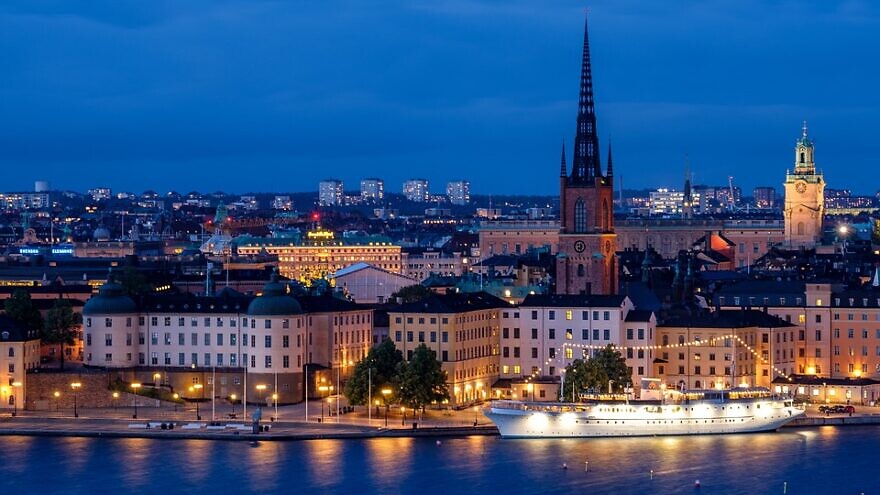 (June 20, 2022 / JNS) Sweden is appointing an official to examine the obstacles to Jewish life in the Scandinavian country and make proposals on how to strengthen Jewish life there, according to the European Jewish Congress, which praised the move.

“No one should hesitate to live out their identity and tell others about it. We must ensure that Jews can and dare to live a Jewish life, now and in the future,” said Swedish Minister of Culture Jeanette Gustafsdotter, according to a press release provided by the EJC.

The announcement comes as Sweden hosts a meeting of the International Holocaust Remembrance Alliance (IHRA) in Stockholm. Sweden assumed the presidency of the IHRA in March and named Swedish ambassador Ann Bernes as the organization’s president. (The alliance rotates leadership among its members every year.) Representatives from 35 countries are attending this year’s event.

It also comes days after a teaching-training program was held on educating students about the Holocaust and anti-Semitism, which included workshops on teaching about anti-Semitism and identifying anti-Semitic language. It was attended by some 70 educators from across the country, all of whom have visited Yad Vashem: The World Holocaust Remembrance Center in Jerusalem.

Among the groups that organized the training program was the Israeli embassy in Sweden.

During the program, the teachers met with Holocaust survivor Tobias Rawet, who told them about the Mother’s Day card he had bought as a child and given to his mother in a Polish ghetto. The card will be included in an exhibit in the new Swedish Holocaust Museum, which is set to open in July.