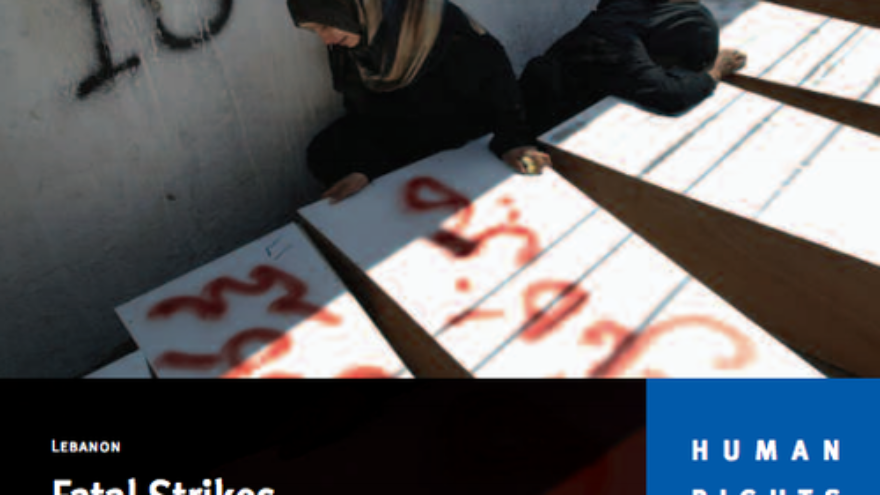 On July 21, Ken Roth, the executive director of Human Rights Watch (HRW), sarcastically tweeted, “People accept @HRW reporting as fair & accurate around globe but when it comes to poor, helpless, defenseless #Israel we’re suddenly biased.” Now, the first half of Roth’s statement is specious. HRW is roundly and widely criticized across the globe for its politicized approach and false reporting.

But the more important question relates to the second part of Roth’s antagonistic and unprofessional Twitter rant: Why is Roth so worried about HRW’s work on Israel?

One place to start is the pattern of false accusations and invented or totally distorted legal language, which NGO Monitor and others have identified in HRW’s reports on Israel’s actions in Gaza (2012 and 2008-9), Lebanon (2006), and Jenin (2002). As opposed to rigor and expertise, HRW “investigations” reflect anti-Israel bias, lack of research methodology, and flat-out fabrications.

For instance, during Israel’s November 2012 response to Gaza rocket attacks, an 11 month-old baby was tragically killed. Citing “news reports and witnesses,” HRW immediately blamed Israel for the child’s death. HRW’s “investigation” was revealed to be faulty when a detailed U.N. analysis confirmed that, in fact, the death was caused by “a Palestinian rocket that fell short of Israel.” By the time the truth came out, though, HRW’s damage was already done.

More egregious were HRW’s reports during the 2006 Lebanon War, with numerous false claims attributed to “eyewitnesses” from territory fully controlled by Hezbollah. After an attack in Qana, HRW claimed a number of casualties that were nearly double the on-site figure provided by the Red Cross. Similarly, in the town of Srifa, HRW claimed that no less than 42 civilians died in an Israeli attack. After more than a year of promoting this false accusation, HRW finally admitted that 22 people died and of these, 17 were armed combatants.

Going back a decade, HRW was instrumental in initiating and perpetuating the Jenin “massacre” myth in the immediate aftermath of Israel’s operation Defensive Shield (2002). HRW published an “investigative report” titled “Jenin: IDF Military Operations,” based primarily on unverifiable “eyewitness testimony” from Palestinians. The report consisted of false charges that “IDF military attacks were indiscriminate… failing to make a distinction between combatants and civilians… and vastly disproportionate.” That Palestinians had located a terror center in the middle of a densely populated neighborhood—a clear violation of moral and legal standards, was ignored.

In each instance, HRW’s “reports” lack professional standards and research methodologies, and show a deep-seated ideological bias against Israel. HRW possesses neither the military expertise to conduct proper investigations that would lead to their conclusions. The faux-research is then repeated without question in the international media. And every time the allegations are repeated, new rounds of anti-Israel headlines and condemnations are triggered.

The same has already occurred during the current fighting.

On July 16, HRW presented the findings of its “investigation” into four Israeli airstrikes in Gaza. In a statement, HRW alleges that Israel “either did not attack a legitimate military target or attacked despite the likelihood of civilian casualties being disproportionate to the military gain.” According to HRW, “such attacks committed deliberately or recklessly constitute war crimes.”

However, when reading the statement it becomes clear that the “investigations” consist of conversations with people in Hamas-controlled Gaza who may or may not have witnessed the event, as well as recycling media accounts. HRW attempts to create a façade of expertise, writing that it “could not determine the weapons used in [one] attack,” as if its assessments would be in any way meaningful.

Furthermore, establishing whether or not IDF targeted legitimate military objectives and used proportional force would require knowledge of intelligence possessed by Israeli commanders at the time of the strikes, and information on the officer’s intent. Since HRW cannot and does not possess this information, its “evidence” consists solely of ignorance and Israel’s refusal to explain its operational decisions. Since HRW “found no evidence that any of the victims was a member of an armed group or that there was a military objective in the area,” then it must be so.

This is base demonization of Israel, from a senior member of HRW’s staff no less. Unfortunately, however, it is consistent with the unethical standards set by the head of the organization.