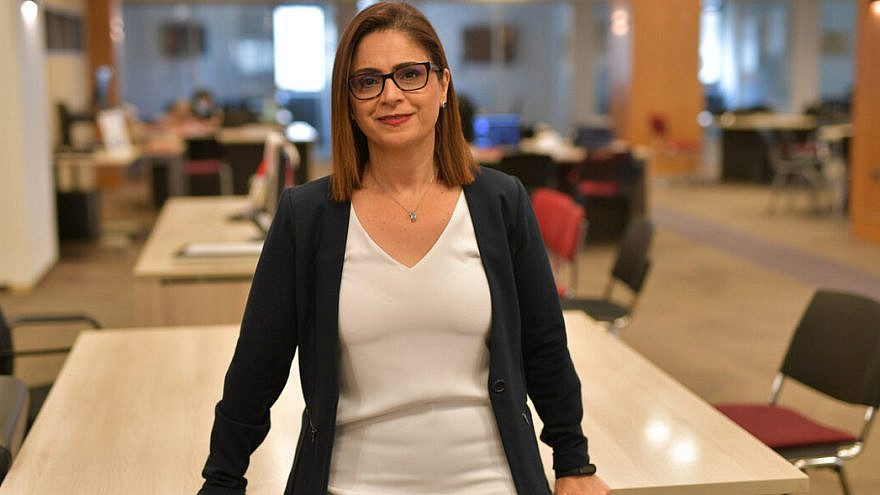 (May 4, 2021 / Israel21c) Days after the news of Mona Khoury-Kassabri’s appointment as Vice President of Hebrew University of Jerusalem, the good wishes are still pouring in.

“The amount of greetings and congratulations I have received in the last two days is more than 2,000 messages,” said Khoury-Kassabri.

“All my family, my uncles, my mother, my mother-in-law—people are calling them. They are all very proud. One of my uncles called me and started crying out of excitement,” she added.

And the praise isn’t just limited to Khoury-Kassabri’s Arab community, either. “I have received messages also from Jewish people, who say, ‘I don’t know you but I am proud of this achievement,” she said.

Last week, 46-year-old Khoury-Kassabri, an Arab native of Haifa, made headlines when the Hebrew University of Jerusalem named her vice president of strategy and diversity.

Khoury-Kassabri is the first member of Israel’s Arab community to be appointed a vice president at the university, and the appointment also marks the first time any Israeli university has instituted a senior role to strengthen diversity and inclusion.

“I am so excited,” said Khoury-Kassabri, a mother of two who self-identifies as an Israeli citizen who belongs to the Arab minority. “It is a message for other universities to take such a step, to install minorities in high positions.”

In her new role, Khoury-Kassabri is charged with broadening the ranks of both academic staff and student body with individuals from underrepresented communities, including ultra-Orthodox Jews, Arabs, Ethiopians and people with disabilities.

She is also tasked with raising the social, economic and environmental impact of the university, increasing the cross-disciplinary efforts among the university’s six campuses and adapting teaching methods post-coronavirus. 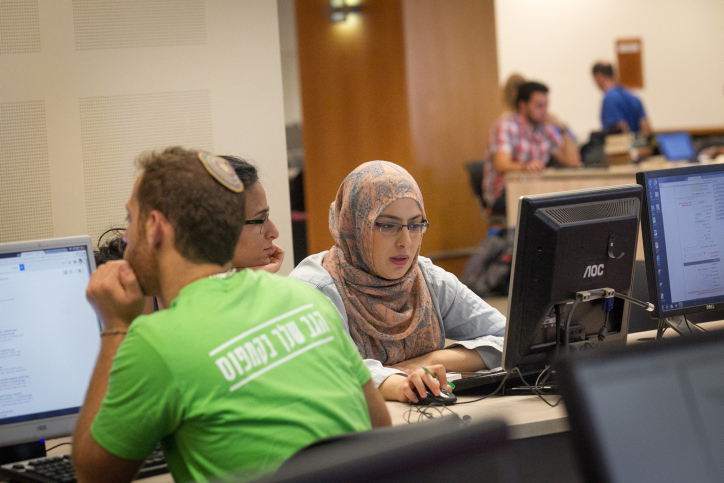 Arab and Jewish students at the Hebrew University’s Mount Scopus campus on the first day of the new academic year. Oct. 18, 2015. Photo by Miriam Alster/Flash90.

“Multiculturalism and diversity are at the very heart of Hebrew University,” said Hebrew University President Asher Cohen. “For this reason we made the decision to formally create a senior position at the university that will focus on implementing these principles and the strategy to get us there. Professor Khoury-Kassabri is the ideal candidate. She champions diversity without compromising on academic integrity or professionalism.”

Khoury-Kassabri grew up in the poor, disadvantaged neighborhood of Wadi Nisnas, sandwiched between Haifa Port and the Carmel. Her father, an electrician, died 15 years ago. Her mother still lives in the neighborhood. 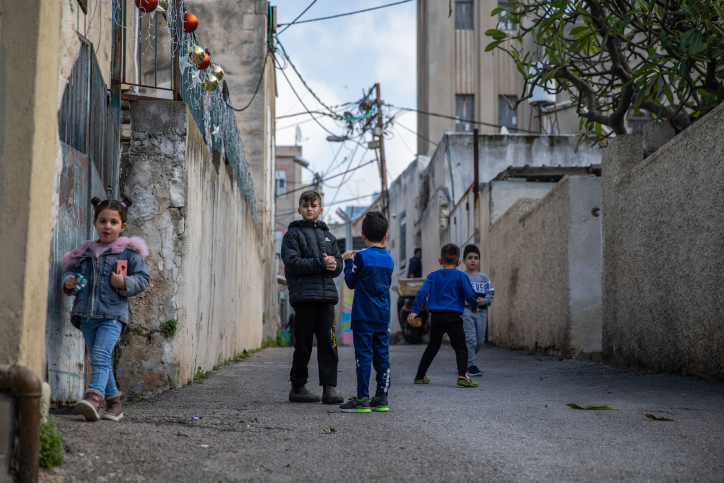 One of the most positive influences on her life, says Khoury-Kassabri, was her sister, Rina Khoury-Shaheen, who is an occupational therapist currently pursuing her doctorate in that field at HU and older than her by a year.

As girls, the sisters found inspiration in their maternal uncle, Karim Khoury, a civil engineer who earned his bachelor’s degree at the Technion – Israel Institute of Technology in Haifa, and who helped them with math and science. 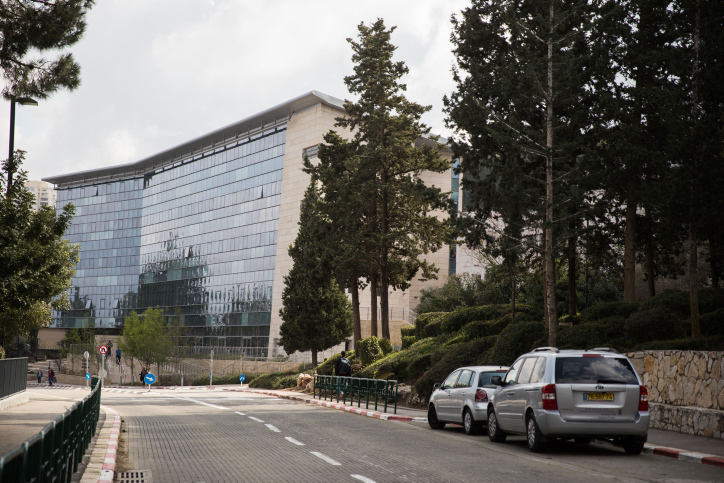 Khoury also nurtured his own daughters to pursue academic degrees; two are currently enrolled at his alma mater and another has already graduated.

Khoury-Kassabri’s professional path began when she left Haifa in 1993 to enroll at Hebrew University age 19. In 2014, HUJ appointed her Advisor to the President to increase Arab access to higher education.

She also served in key positions on various committees, including head of the Steering Committee for Israeli Hope in Academia. Since 2018, Khoury-Kassabri, who has published extensively, has served as dean of the School of Social Work and Social Welfare, where she earned her undergraduate, master’s and doctorate degrees. We can do better

“I was lucky to be in the School of Social Work,” says Khoury-Kassabri. “I never felt discriminated against because I was an Arab. Usually we suffer from discrimination and have to work harder than anyone else to achieve high positions. We know there are less women in academia and although we make a lot of effort and are one of the best universities in the world, I hope we can do better.”

Khoury-Kassabri, who assumes her new position on October 1, also completed a postdoctoral fellowship at the University of Chicago and conducted research at the University of Toronto’s Faculty of Social Work. Her work focuses on school violence, juvenile delinquency and cyberbullying.

“My research showed me the difficulties of Arab society and in each indicator, such as health, education and social services in Israel,” Khoury-Kassabri says. “As a researcher, having curiosity and knowledge based on data, I believe that our interventions and what we plan to do should be based on data.”

Toward that end, Khoury-Kassabri will incorporate the work of Professor Eran Halperin of HUJ’s Department of Psychology, whose research uses psychological and political theories and methods to investigate different aspects of inter-group conflicts, and whose team has surveyed Jewish and Arab university students about their feelings towards the other.

“We are good friends and I sit on the advisory board of the organization,” Khoury-Kassabri says. “We will work together to plan and design interventions to improve how each group feels about the other. How we intervene will be based on knowledge.”

While her upcoming post is unmatched, Khoury-Kassabri is in contact with other female Arab academics of note elsewhere in the country. Her peers include professors Mouna Maroun, who directs Haifa University’s Neurobiology Lab of Emotions, and Fadia Nasser-Abu Alhija, who heads the Program for Research, Measurement and Evaluation Methods at the School of Education at Tel Aviv University.

Today, Khoury-Kassabri lives with her husband, Johnny Kassabri, the Superintendent of Supervision and Inspection for the Jerusalem Police Force, in an affluent Jewish neighborhood of Jerusalem.

Her 19-year-old daughter is currently in her first year of the University Excellence in Drug Science program, and her 16-year-old son is studying in high school.

“The amount of support and positive expectations of my parents, that they want me and my sister to succeed, they were the drive to continue in the university,” acknowledged Khoury-Kassabri.

“I believe in education as an important element for integrating and succeeding in Israeli society. It is our way to improve our situation.”