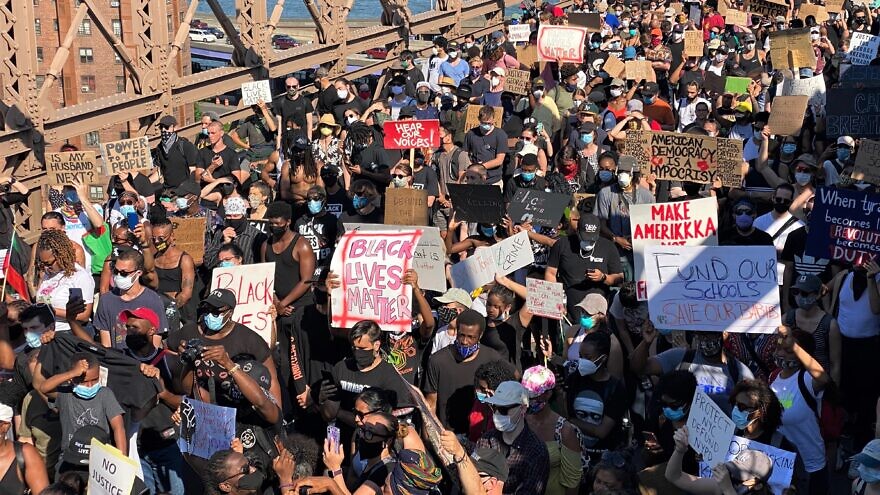 Mayer Mayerfeld, Elchanan Perr and Daniel Schonborn from Brooklyn , N.Y., along with Catholic priests Steven Soos and Nicholas Stamos from Upstate New York, filed the lawsuit, alleging a violation of constitutional rights in the Northern District of New York.

The lawsuit accuses the three top officials of an apparent double standard as it pertains to allowing protesters to exercise their First Amendment over the death of George Floyd, 46, who died on May 25 at the hands of Minneapolis police officers.

“Favored businesses, entities and activities, as well as favored mass demonstrations such as those over the death of George Floyd, are totally exempt from the challenged gathering limits,” states the lawsuit, which states that Cuomo permitted the demonstrations.

“Limiting the size of synagogue congregations to 10 persons or mandating that the congregants attend ‘drive-in’ services in closed motor vehicles … when numerous secular gatherings and the mass demonstrations now occurring are exempted from any such restrictions, unduly burdens plaintiffs’ sincerely held religious beliefs,” according to the suit.

Howard Slugh, founder and general counsel for the Jewish Coalition for Religious Liberty, told JNS that the First Amendment applies to everyone unless the government has a compelling interest to restrict religious gatherings.

“The Free Exercise Clause, at a minimum, means that religious adherents cannot be treated worse than their neighbors unless the government has a compelling need to do so,” he said. “New York may face a difficult burden in proving that it can meet that standard.”