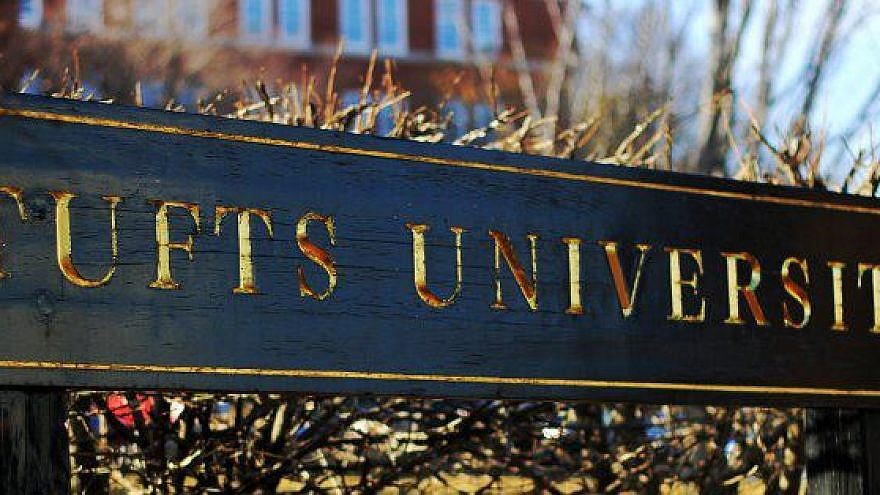 The anti-Israel resolution, which was introduced by the school chapter of Students for Justice in Palestine (SJP), rebuked former university police chief Kevin Maguire’s participation in a 2017 program, sponsored by the Anti-Defamation League, in Israel where U.S. law-enforcement officials train with Israeli police forces.

Tufts has already said it won’t take action over the referendum, which was voted on by about one-third of the student body population—the highest special election turnout in the university’s history.

According to Tufts SJP in an op-ed in The Tufts Daily last month, the text of the referendum stated, “Do you support Tufts University administration 1) apologizing for sending the former Tufts police chief to an intensive week-long course led by senior commanders in the Israel National Police, experts from Israel’s intelligence and security services, and the Israeli Defense Force, 2) prohibiting TUPD officers from attending programs based on military strategies and/or similar international trips in the future, and 3) refining the vetting process to prevent prior program attendees from being hired, not including veterans who may have been stationed or trained abroad during their service?”

Patrick Collins, executive director for public relations at the university, told Jewish Insider, “While we respect students’ right to make their voices heard on this or any issue, we believe the referendum was misinformed.”

“The vile referendum manages to be both anti-Semitic and racist, and it’s an absolute embarrassment to Tufts,” CAMERA’s Hali Spiegel told JNS. “The referendum not only lies about Israel but also uses those lies to exploit the black community’s concerns about policing in America.”

Anti-Defamation League New England regional director Robert Trestan told Jewish Insider, “The referendum campaign intentionally was based on misinformation and innuendo, twisting the very important issue of police reform and using it as an opportunity to contrive facts, vilify Israel and isolate Jewish students on campus. As past participants and chief Maguire have repeatedly stated publicly, the trip bears absolutely no resemblance to military training. The charges are absurd.”