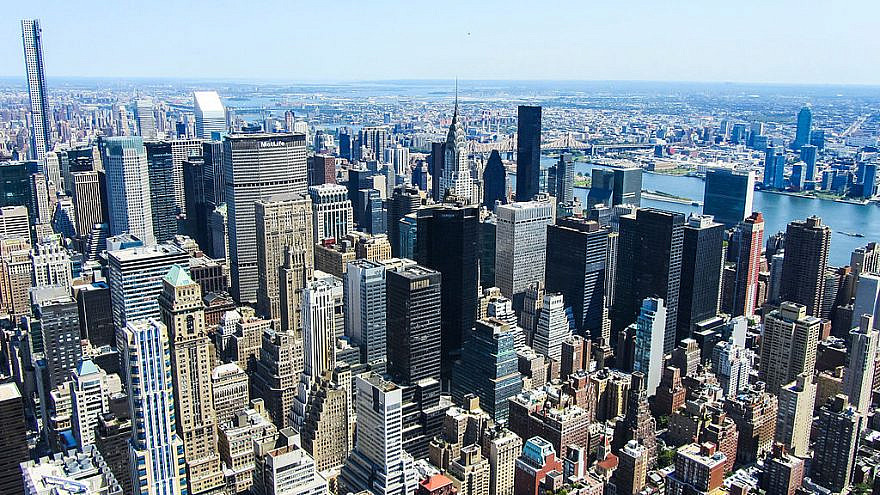 (April 20, 2021 / Israel Hayom) Following a flurry of investment activity in recent months, New York is now home to 21 Israeli-founded unicorns—privately held companies valued at $1 billion or more—according to the United States-Israel Business Alliance. Each of these companies’ global or U.S. headquarters is based in Manhattan, establishing New York as the city with the second most Israeli-founded unicorns in the world, behind Tel Aviv.

“There’s no doubt that COVID-19 disoriented the investment community,” said Kaplowitz. “Once investors and growth-stage companies got their bearings, and some technologies gained more relevance from the pandemic, investment activity picked up in a big way, especially in 2021.”

Since the beginning of 2021, seven New York-based Israeli-founded companies crossed the $1 billion threshold. In January, Talkspace announced a $1.4 billion merger agreement with Hudson Executive Investment Corp., a special purpose acquisition company, which will take the online therapy provider public. Melio, an accounts payable tool for small businesses, closed a $110 million round to boost the company’s valuation to $1.3 billion. Soon after, K Health, an AI-driven telemedicine app, announced a $132 million raise based on a $1.5 billion value.

After a brief February respite, Axonius led another unicorn charge. On March 1, the cybersecurity asset management firm, with its U.S. headquarters located on the top floor of 330 Madison Ave., closed a $100 million funding round that cemented a $1.2 billion valuation. That same week, Papaya Global, a workforce-management platform, completed a $100 million round, pushing its valuation above $1 billion. Yotpo, an e-commerce marketing platform, raised $230 million for a $1.4 billion valuation, And, most recently, Kaltura, a live and on-demand video-platform service, set terms for its forthcoming initial public offering that will give the Gramercy-based company a $2 billion valuation.

These deals helped drive a record-setting first quarter for Israeli-founded companies, which raised $5.37 billion total—double the capital that they raised over the first quarter of 2020.

The 2021 activity extended a late 2020 trend when a trio of unicorns took flight. SimilarWeb, a market-intelligence platform that monitors website and mobile-app traffic, reached a $1 billion valuation after closing a $120 million round in October. The following month, Forter, a pioneer in fraud detection for retailers, secured $125 million, which more than doubled its valuation to $1.3 billion. And to close out the year, Soho-based BigID, a data privacy and protection platform, completed a $70 million round that increased its valuation to $1 billion.

“The real story here is the impact that COVID-19 has made on accelerating the widespread adoption of specific technologies, such as telehealth and platforms that enable smoother remote work experiences,” said Kaplowitz. “These forward-thinking companies will create more jobs at home and contribute much-needed commercial activity to a recovering local economy.”

In 2019, when the United States-Israel Business Alliance released the findings from the first-ever New York-Israel Economic Impact Report, only five Israeli-founded unicorns maintained headquarters in New York City. Over the past year, two of those businesses shed the unicorn status by going public: Lemonade, the online insurance provider, enjoyed a scintillating debut on the New York Stock Exchange in July, and, earlier this month, Compass, the real-estate tech company, also IPO-ed.

Each of the three remaining unicorns from the original 2019 list announced earlier this year a merger agreement that will take the company public via SPAC. Those deals valued Payoneer at $3.3 billion, Taboola at $2.6 billion and The We Company at $7.9 billion.

“SPACs have introduced a new investment tool to the market that can accelerate the billion-dollar valuation while initiating a rapid transition to an initial public offering,” said Kaplowitz. “In the coming months and years, we should expect blank-check companies to play a prominent role in helping the Start-Up Nation mature to the Scale-Up Nation.”