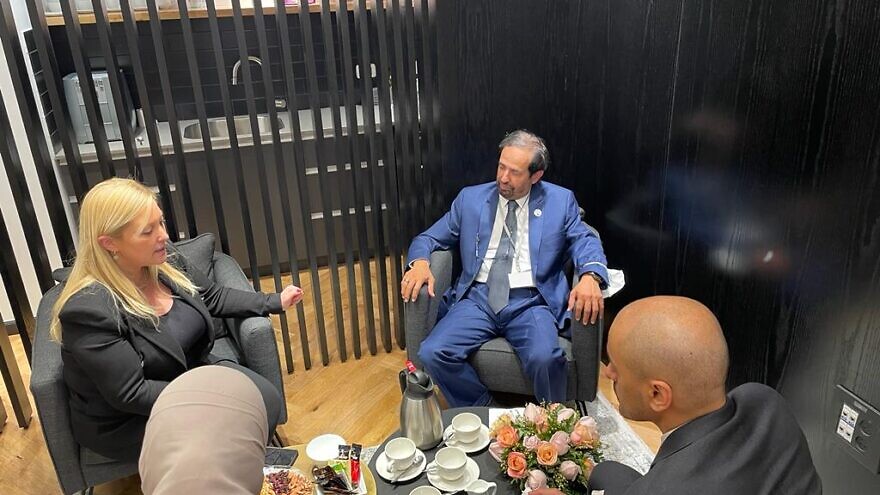 (February 7, 2022 / JNS) For the first time since the signing of the Abraham Accords, members of the United Arab Emirates Federal National Council visited the Knesset in Jerusalem.

The top-level delegation included His Excellency Dr. Ali Al Nuaimi, chair of the Defense Affairs, Interior and Foreign Affairs Committee for the council.

At the Knesset, members were escorted by Speaker of the Knesset Mickey Levy and met several Knesset members, including co-chair of the Caucus for Promoting the Abraham Accords, Ruth Wasserman Lande of the Blue and White Party.

She said the exchange of knowledge that took place on Monday “will contribute to the parties’ understanding of regional challenges such as the Iranian arms race, terrorism and more.”

Wasserman Lande, who shared a picture of the delegation on Twitter, added that such an exchange between Israeli and Egyptian or Jordanian parliamentarians “has not been seen for decades.”

An i24 News correspondent covering the proceedings at the Knesset quoted Al Nuaimi as saying, “It is very important to look at the relationship as part of broader prospects—not only for security. We want to be an agent of change for the whole region.”

Before heading to the parliament, the UAE delegation visited the Yad Vashem World Holocaust Remembrance Center in Jerusalem.