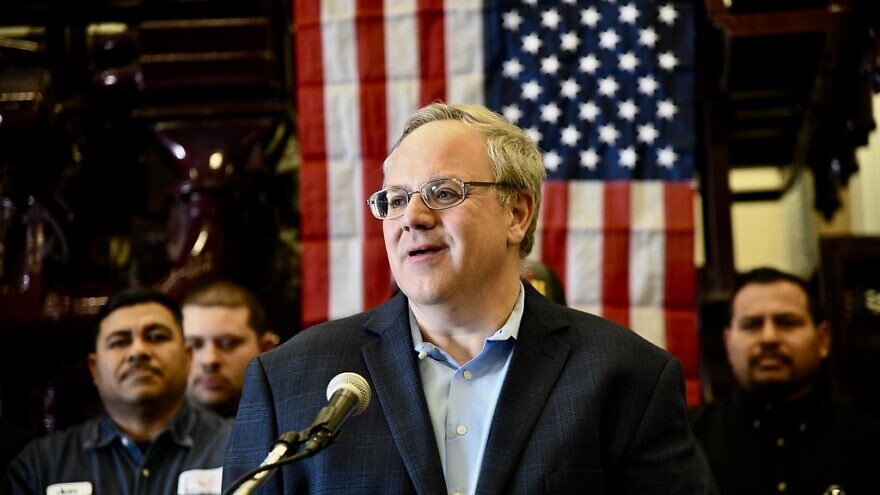 (December 18, 2019 / JNS) U.S. Interior Secretary David Bernhardt will help light the National Menorah on the Ellipse near the White House in Washington, D.C., at 4 p.m. on Sunday—the first night of Hanukkah.

The holiday begins on the evening of Sunday, Dec. 22, and lasts through Monday, Dec. 30.

The annual ceremony celebrates its 40th year, notes Rabbi Levi Shemtov, executive vice president of American Friends of Lubavitch (Chabad). It was first lit in 1979 by U.S. President Jimmy Carter, and has been erected and lit every year since. It was designated in 1982 as the National Menorah by U.S. President Ronald Reagan.

“The fundamental component of the celebration of Hanukkah is the publicizing of the miracle,” Shemtov told JNS. “Remembering the message of Hanukkah and ensuring that message reaches as wide an audience as possible.”

“The White House is the most prominent location in the country,” he continued. “Putting something as symbolically powerful as the menorah sends that message across the nation. The message of light over might. Of truth over injustice. Of the power of the spirit.”

Often, the lighting of the menorah is done by a Jewish member of the current administration, typically a member of the president’s Cabinet. Bernhardt, who is not Jewish, will be lighting the shamash, the “helper candle.”

Thousands of people attend the annual public menorah-lighting event, which also features traditional holiday foods such as potato latkes and jelly doughnuts, and live entertainment, with a performance by the U.S. Marine Band.

Tickets to the lighting are free.